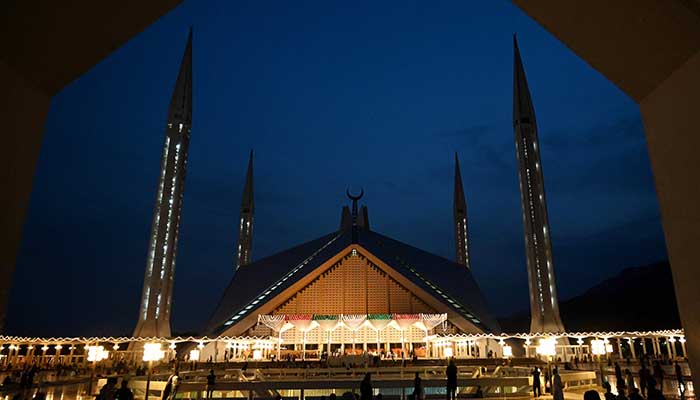 ISLAMABAD: President Dr Arif Alvi on Tuesday said that women in modest Islamic dress with covered hair are allowed in mosques all over the world to offer prayers, but restrictions are imposed at Faisal Mosque — where women can neither offer prayers nor visit its main hall — in Islamabad which possesses a religious and touristic value.

The president said that there is no enclosure for women in the main hall, while those who are unwell and the elderly have to climb stairs to approach the enclosure on the first floor as there is no elevator. Dr Alvi expressed his concerns regarding women facing restrictions resulting in their inability to offer prayers.

The president shared his concerns after taking notice of a special report published by a private news channel on September 14, which highlighted issues pertaining to women and others matters including the poor state of sanitation and maintenance, as well as the rise in beggary within the mosque’s premises.

Dr Alvi asserted that women should be allowed to pray in the main hall’s enclosure and get the opportunity to visit it. “This is my opinion which is based upon observation throughout the world including the Harmain Sharifain.”

In its report submitted to the president’s secretariat, the Capital Development Authority (CDA) informed about initiating actions to ensure the cleanliness and maintenance of the mosque and ridding the area of beggars.

Whereas, only one gallery was reserved for ladies and there was no permission for women to enter the mosque’s main hall after its construction as a policy of the Dawah Academy, Islamic University.

President Alvi has also asked the mosque’s administrator to discuss and brief him on the said issues.