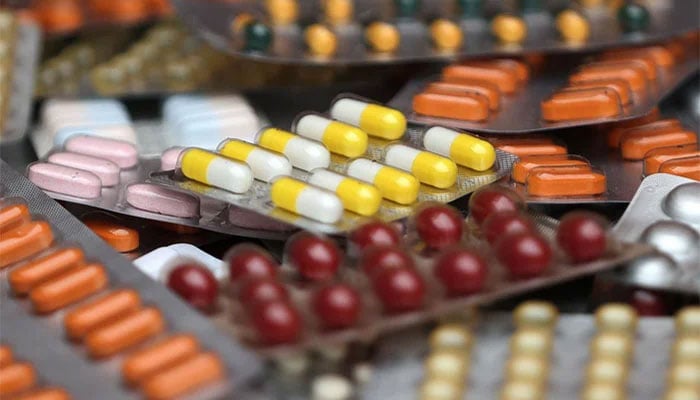 ISLAMABAD: The State Bank of Pakistan’s (SBP) refusal to issue letters of credit (LCs) may trigger a medicine shortage as local banks are not issuing the document required for the import of raw material and medical devices due to dollar liquidity crunch, pharmaceutical manufacturers have warned, as per The News.

“The State Bank Pakistan (SBP) has verbally conveyed to all local banks not to open LCs for the import of Active Pharmaceutical Ingredients (API) due to shortage of dollars in the country. We have the money to buy medicines’ raw material from abroad but dollars liquidity crunch in the country may result in shortage of medicines in Pakistan in the weeks and months ahead,” Arshad Mahmood, Chairman of Pakistan Pharmaceutical Manufacturers Association (PPMA), North Region, told newsmen after attending the National Assembly’s Standing Committee on Health meeting.

“Most of the pharmaceutical companies have only two months’ raw material available with them and they are unable to place orders for the raw material for the future. If LCs are not opened soon, it may result in medicine shortages like the shortage of Panadol, which was not available in most parts of the country.”

“The Panadol shortage was due to the price issue but now we are facing double jeopardy as on the one hand prices are not being increased while on the other hand, raw material is not being imported due to dollars’ unavailability with the central bank,” Arshad Mehmood added.

The North Region chairman of PPMA informed the lawmakers that Pakistan’s pharmaceutical industry was reliant on imports and gets most of its ingredients from abroad.

Mahmood said that the rupee’s devaluation, cost of raw material was constantly increasing along with the cost of production because of rising fuel cost, transportation charges and increased wages.

The PPMA official added that unlike other industries the prices of medicines were controlled by the state and manufacturers and they were unable to increase them on their own. Some of the essential medicines are not being manufactured and are not available in the local market as their cost of production has become unbearable for manufacturers, he added.

Convener of the National Assembly’s Standing Committee on Health Nisar Ahmed Cheema claimed that pharmaceutical manufacturers had agreed to provide medicines at 50% discount to public health facilities and hospitals in the country, saying it was a big relief for poor patients.

Praising the Drug Regulatory Authority of Pakistan (DRAP) and its Chief Executive Officer (CEO) Asim Rauf for the provision of quality medicines to the people of Pakistan, he said the issue of prices and drug pricing policy was being reviewed at the highest level by the government but assured that no decision would be taken against the interests of the people.