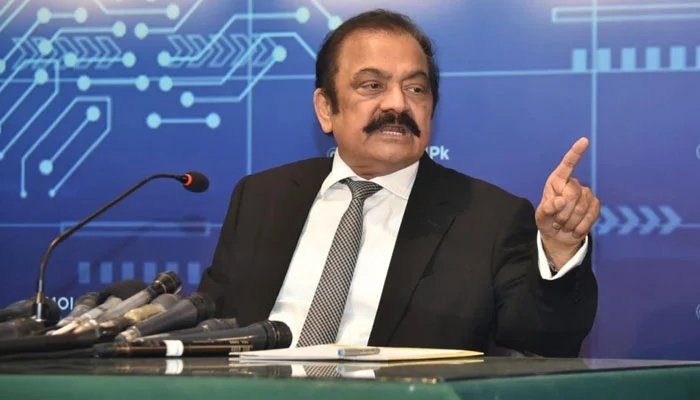 ISLAMABAD: Interior Minister Rana Sanaullah said Monday that he has decided to approach the court against the Anti-Corruption Establishment (ACE) Punjab for “forging” the records of a four-year-old case.

In a statement, the Interior Ministry’s spokesperson said ACE — by becoming an instrument of PTI Chairman Imran Khan’s fitna (rabble-rousing) — deliberately concealed facts of a four-year-old case to obtain a warrant against Sanaullah by deceiving and misleading the court.

The spokesperson added that as against the law, ACE Punjab is not providing the records of the case to Islamabad Police along with the warrant.

“This is a nefarious conspiracy against the federal government in a bid to benefit the rabble-rouser,” the spokesperson said, adding that the ministry has decided to take action against officials responsible for falsifying the records and misleading the court.

“All the prima facie evidence of forgery and fraud has been obtained related to the case,” the spokesperson said. “The federal interior minister respects the court in every way and abides by its orders.”

A special judicial magistrate issued a non-bailable arrest warrant for Sanaullah on October 8, while rejecting the plea of contempt of court proceedings.

A spokesperson of ACE Punjab said that the warrant for the PML-N leader was issued after he failed to appear for an inquiry.

Today, ACE Punjab’s team went to arrest Sanaullah but returned empty-handed from the Police Station Secretariat as it wasn’t allowed to comply with the court’s orders.