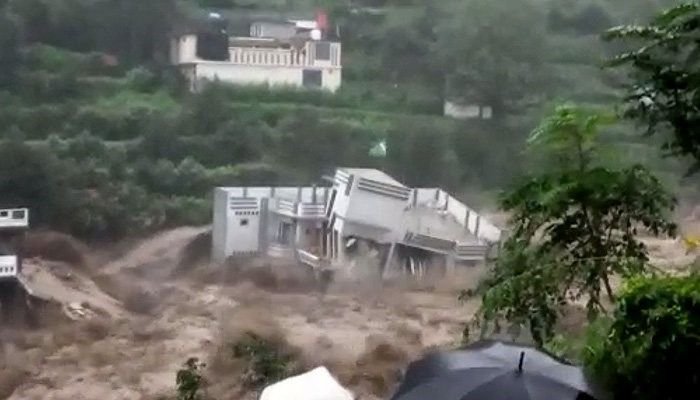 The scale of devastation caused by floods in Khyber Pakhtunkhwa following record rains has made it difficult for provincial authorities to rescue affected families in the hill stations of Swat, Dir, and Chitral.

Exclusive video footage of a large house being washed away by floodwaters shows the devastation caused by the rains, with many other homes like it broken or swept away, in addition to road damage and hundreds of lives lost.