PTI to protest across Pakistan at 5pm today: Asad 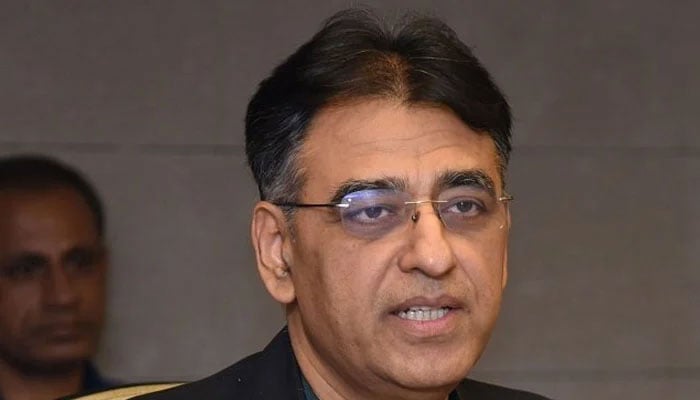 Making an announcement on Twitter, Asad Umar said that the PTI would hold protests in all major cities today a day after PTI Chief Imran Khan came under a gun attack – an attempt on his life. The assault took place on Thursday when Khan, standing atop his container with other PTI leaders, was leading his long march toward Islamabad. He received gunshot injrues to his leg.

Asad Umar’s announcement comes hours after Imran Khan called off the anti-government movement that he kicked off on October 28.

Imran Khan has frequently stated that his party’s only demand is that the government give the date of the upcoming general elections. The PTI leader mobilised massive public support after his government was overthrown through a vote of no confidence in April this year.

Asad Umar said that the local PTI organisations would announce the venue of the protest in their respective cities.

“Let’s demonstrate to them (the incumbent rulers) that no one can tame a truly independent nation,” the PTI leader emphasised.

“I will participate in the protest demo at Liberty Chowk in Lahore,” he added.

Saying that he had prior information about the plot to assassinate him, he provided details of how “they” [government leaders and others] planned  it.

“They used similar methods they tried using against [former Punjab governor] Salman Taseer,” he said, speaking during a televised address at the Shaukat Khanum Hospital in Lahore, where he is receiving treatment for his injuries.

“They tried to accuse me of blasphemy to turn the public against me,” he said, adding that his party was not created under the patronage of any military establishment and he came to power after 22 years of struggle.

He reiterated his previous statement and said that four people were planning to assassinate him, so he had filmed a video to reveal the names of those people.

“The tape, which includes the names of four people, will be released if something happens to me,” the former prime minister had said in October while addressing a jalsa in Mianwali.

“I have been in the government for three and a half years, I know everyone in the institutions and agencies.”

Khan further said that now, three people — including Rana Sanaullah, Shehbaz Sharif, and a major in the army — made a plan to assassinate me after they saw that the number of people in my long march was exponentially increasing.

He, therefore, urged his followers and members to continue staging a protest against the aforementioned individuals.

“Continue your protest against these three individuals until they step down from their posts,” Khan said.