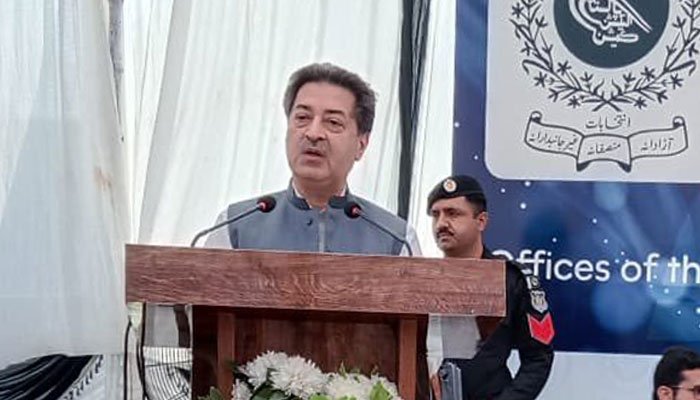 ISLAMABAD: Imran Khan-led PTI Tuesday filed a reference against Chief Election Commissioner Sikander Sultan Raja in the Supreme Judicial Council for his removal as it believes he is not “fit” to hold the constitutional post.

The reference has been filed by PTI’s Central Vice President Ejaz Ahmed Chaudhry through his lawyer Babar Awan.

Khan and other PTI leaders have repeatedly demanded that the chief election commissioner resigns from his post and the ECP be reconstituted before the next general elections.

And in July, PTI decided to file a judicial reference against CEC Raja. The reference was submitted against the CEC but it was withdrawn in August as the party wanted to add more evidence.

In the fresh reference, PTI has contended that the ECP chief was “denying a fair trial” and due process of law to Khan and his party as he holds “grudges” against them.

The PTI also contended that the incumbent CEC in performance has “exposed himself as being biased, dishonest and unfaithful to Constitutional post that he his holding”.

It added that the CEC has violated the oath that he has taken under Article 214 and has also intentionally violated Article 5.

“The clear discriminatory attitude of the incumbent chief election commissioner has also made his integrity clearly questionable,” said the reference.

The PTI has prayed to the SJC to accept its reference and remove CEC Raja from his post.