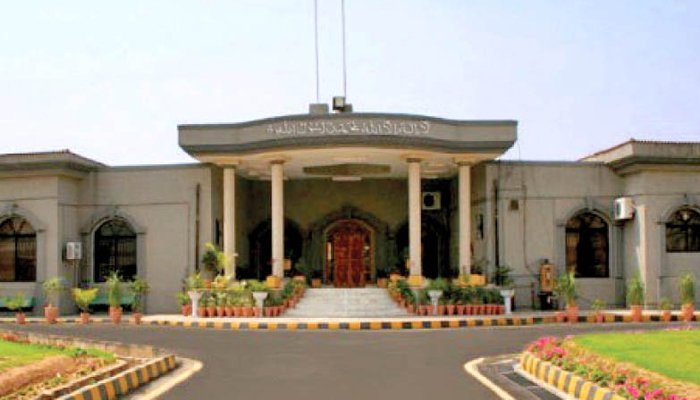 ISLAMABAD: Following the recent arrests of PTI members in relation to the prohibited funding case, the party Saturday moved the Islamabad High Court (IHC) against the Federal Investigation Agency (FIA).

According to the petition’s contents, PTI requested the court to stop the agency from making arrests and conducting raids. The development came after the FIA raided PTI leader Senator Saifullah Niazi’s house and allegedly harassed him.

A day earlier, the FIA also arrested PTI’s founding member Hamid Zaman from his office in Lahore in the said case. When he was presented before a local court today, the FIA sought a 14-day physical remand to complete the investigation. However, the judicial magistrate granted a two-day remand to the agency.

The petition also stated that the FIA is harassing party members on political grounds. It further deemed the FIA’s inquiry and raids unlawful; therefore, the agency must be stopped from investigating the funding case.

“The impugned inquiry is beyond the jurisdiction as no wrongdoing bet alone ‘illegality’ is apparent on the face of the record, It has been initiated with mala fide intention, ln bad faith, out of personal motives to hurt the petitioners and harass the donors of the petitioner, and to support or benefit the political opponents of the petitioners,” the petition read.

PTI, in its application, stated that all donors of the party are “overseas Pakistanis” and their details have been submitted to the Election Commission of Pakistan in accordance with the law.

PTI’s petition added that the party gathered funds for the anti-government movement. It stated that all the funds secured from abroad have been lawfully received.

The secretary of the interior, the director-general of FIA, and the investigation officer have all been made parties to the case by the PTI.

IHC, upon PTI’s request, has slated the petition to be heard by Justice Aamer Farooq on Monday, October 10.

PTI received funds from 34 individuals and 351 businesses including companies, the ECP verdict stated.

Thirteen unknown accounts also came to light, said the commission in the verdict, adding that hiding accounts are a “violation” of Article 17 of the Constitution.

Moreover, the ECP found that Khan submitted a false Nomination Form I and that the affidavit provided regarding party accounts was also not authentic.

Following ECP’s declaration, the FIA launched a formal countrywide investigation into the utilisation of funds from “prohibited” sources by the PTI.

A five-member monitoring team was constituted in this regard to supervise inquiries across Islamabad, Karachi, Peshawar, Lahore and Quetta.