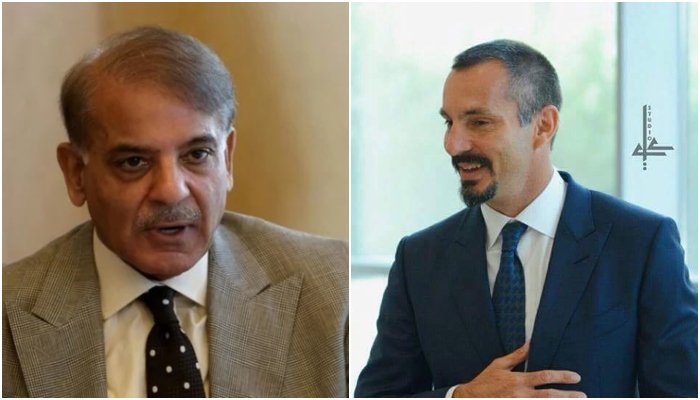 Prime Minister Shehbaz Sharif Sunday thanked Prince Rahim Aga Khan for his contribution of $10 million to the people affected by the floods in Pakistan.

Taking to Twitter, the prime minister wrote: “Deeply indebted to His Highness the Aga Khan for contribution of $10 million for the flood victims in Pakistan.”

PM Shehbaz, during a telephonic conversation with the prince, requested him to play his role in raising awareness about the flood situation in the international community.

Prince Rahim assured him that all Aga Khan Development Network (AKDN) institutions will be fully engaged in the relief efforts.

The United Nations initiated a global flash appeal for $160m after which several influential personalities and organisations have pledged their support for Pakistan’s flood-hit population.

This contribution by Prince Rahim is also in response to the UN’s call.

The death toll from ravaging monsoon floods in Pakistan has neared 1,300, according to the National Disaster Management Authority (NDMA).