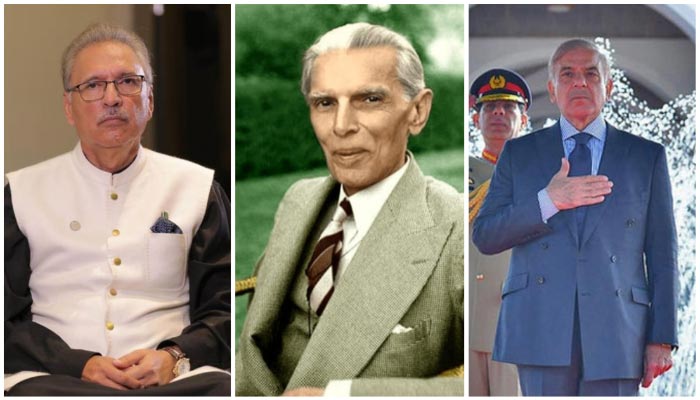 Pakistan is observing the 74th death anniversary of the founder of the nation Quaid-e-Azam Muhammad Ali Jinnah, who died in 1948 — just 11 months after achieving an independent country for the Muslims of the Indian subcontinent.

President Dr Arif Alvi and Prime Minister Shehbaz Sharif, among other leaders and people, paid tribute to the contributions and sacrifices of Jinnah.

They called for adherence to the golden principles of unity, faith, and discipline as manifested by the father of the nation to fight the challenges faced by the country.

In their separate messages on the occasion of the 74th death anniversary of the father of the nation, they said the entire nation pays homage to the Quaid’s tireless struggle and visionary leadership in the fight for the rights of Muslims of the subcontinent.

“We pay rich tribute to our founding father for his vision, unwavering commitment, untiring hard work, and charismatic leadership to in a separate homeland for the Muslims of the sub-continent,” President Alvi said.

Meanwhile, PM Shehbaz, in a tweet, said by dint of our strong faith, unity and brotherhood, we will bring such discipline in our ranks that will help us achieve the goal of a great Pakistan by overcoming all the challenges.

He said this path is difficult, but the destination is not impossible at all.

“Today, the nation needs to adhere to the eternal golden principles of faith, unity, and discipline in order to cope with the challenges being faced by the country — which is reeling with the economic problems along with natural calamity of flash floods,” he wrote on Twitter.

“We are living in an independent country owing to Quaid-e-Azam’s leadership qualities. We all have to look after and beautify this country of Quaid,” he said, on the occasion.

‘Quaid’s words are guiding light for us’: Punjab CM Elahi

Moreover, Punjab Chief Minister Chaudhry Pervez Elahi said that the words of Quaid-e-Azam are a guiding light for the nation.

“We can put the country in the right direction together with faith, unity and harmony and solve the problems of Pakistan by following the Quaid-e-Azam’s principles,” he said.