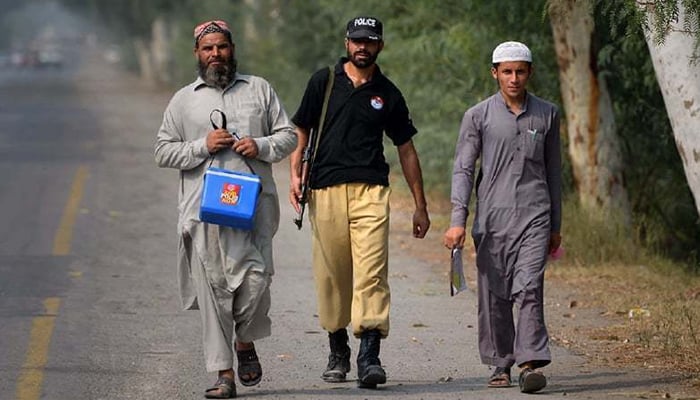 A policeman guarding a polio vaccination team was shot dead in Pakistan on Tuesday, local government officials said, the latest death in a bloody campaign to eradicate the disease.

The attack took place in the Pishin district of Balochistan during a week-long nationwide polio drive that hopes to inoculate 25 million children.

Pakistan is one of two countries, alongside neighbouring Afghanistan, where polio remains endemic and vaccination teams have frequently been targeted by militants.

“Gunmen on a motorbike opened fire on the policeman who died at the scene,” Yasir Bazai, the deputy commissioner of the district, told AFP.

There was no immediate claim of responsibility, but terrorist groups have killed scores of polio vaccination workers and their security escorts in the past.

In April, Pakistan reported the first case of polio in 15 months. Since then 20 cases have been reported, according to the government-funded End Polio Pakistan programme.