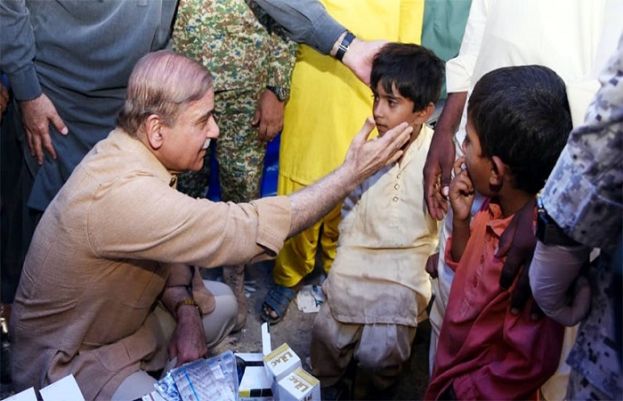 Addressing media in Haji Alladino village of Jafarabad district Balochistan, the Prime Minister said relief goods from UAE, Turkiye and other friendly countries including United Kingdom are arriving soon in the country.

Appreciating the efforts of provincial government of Balochistan for working tirelessly to rescue affected people, he said we are utilizing our all-out resources for helping the people.

The Prime Minister also appreciated the role of Armed forces for their services in rescue and relief operations. The Prime Minister said he has contacted all services chief to discuss the entire situation of floods and related relief activities. He said helicopters of security agencies are also participating in different rescue operations.

The Prime Minister said after reviewing the whole situation, a meeting of the cabinet will decide short, medium and long term plans for the rehabilitation of flood affected people.

The Prime Minister said that he will not rest until all the affected people return back to their houses safely.

The Prime Minister also announced a grant of 10 billion rupees for Balochistan government for the ongoing rescue and relief operation.