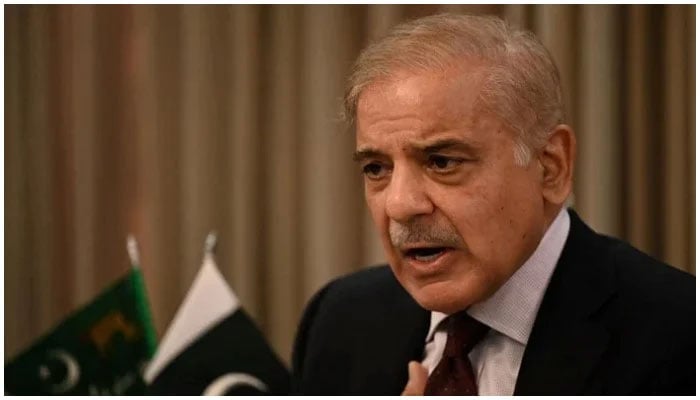 ISLAMABAD: Prime Minister Shehbaz Sharif on Monday moved the Kenyan head of the state to make sure the investigation into the slaying of journalist Arshad Sharif in a “mistaken identity” police firing was unbiased, just, and quick.

Sharif was gunned down in Kenya on Sunday night when police, tracking down a jacked car, opened indiscriminate fire on the journalist’s automobile mistaking it for the stolen vehicle, also suspected to have a minor hostage in it, when it sped through a manned roadblock without stopping, according to a Kenyan police report.

“Just had a telephonic call with Kenyan President William Ruto about the tragic death of Arshad Sharif in Kenya. I requested him to ensure fair & transparent investigation into shocking incident. He promised all-out help including fast-tracking the process of return of the body to Pakistan,” the Prime Minister tweeted.

Earlier, Minister for Information, Marriyum Aurangzeb, visited the slain journalist’s family to condole with them for their loss.

Aurangzeb gave Sharif’s family her word the government would not stop at anything until justice was served.

“Sharif was travelling an hour away from the Kenyan capital Nairobi. According to the initial reports, Kenyan police waved had Sharif’s car to stop,” the information minister said speaking to journalists outside Sharif’s home in the federal capital.

Warning against any unwarranted speculations, the minister stressed waiting for the Kenyan government’s official investigative stance on the tragic incident.

“Sharif’s body has been positively identified. Prime Minister has issued official directives for the interior to dig into the matter, tasking the relevant authorities to repatriate the remains of the journalist as soon as possible,” the minister said adding,” Nothing can be said with certainty before Kenya’s official response to the matter”.

She also added that this matter was beyond politics. “Using this issue to make any political gains is tantamount to sin we don’t want to commit,” she said.

The information minister said further details would be shared as received in an hour.

The Chairperson of the Independent Policing Oversight Authority, Kenya Anne Makori held a press conference on Monday and confirmed that on the evening of October 23, a Pakistani journalist, named Arshad Muhammad Sharif, 50, was shot by the Kenyan police within the limits of Kajiado County.

“There’s an alleged police killing of a Pakistani national at Tinga market, Kajiado county, last evening. Our rapid response team has already been dispatched,” she said, adding that a probe related to the incident is underway and that the Independent Policing Oversight Authority will carry out a transparent investigation into the killing of Sharif.