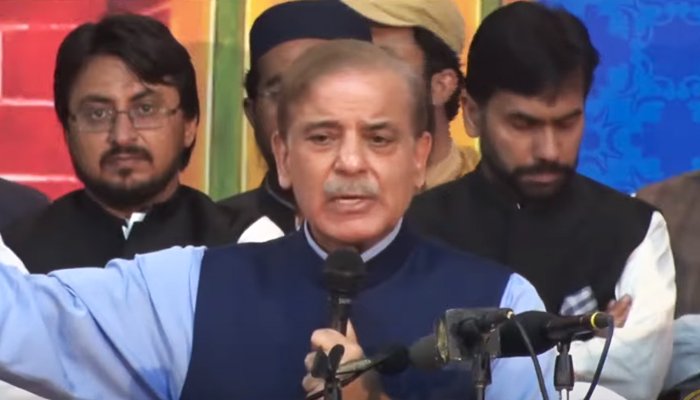 “I have not seen a liar like Khan in my whole life. He tells lies day and night and conspires against the nation and the country’s institutions,” the prime minister said while addressing the Mufti Mehmood conference in the city.

He said the Khan blows hot and cold in his public rallies and tells strange stories to his cohorts.

“Before, Khan claimed he had COAS’ complete support, but now, he says he wasn’t [allowed] to take decisions,” PM Shehbaz said.

PM Shehbaz asked that if Khan’s government was so powerless, what were they doing during their tenure that was a quarter short of four years. “Khan is praying for the country to go bankrupt.”

He said the incumbent government would decimate the politics of hate and anarchy.

Taking a jibe at Khan, PM Shehbaz said the economy was back on the path of recovery courtesy of Maulana Fazl-ur-Rehman’s prayers.

In the end, he paid rich tribute to Mufti Mehmood, a politician and Islamic scholar who was one of the founding members of the Jamiat Ulema-e-Islam (JUI).

He said Mufti Mehmood was a humble and simple-natures human being, whose services for the country would go down in history as one of the outstanding scholars of Islam.

“Mufti sahib never closed the door of dialogue in his politics,” Shehbaz said, adding, “Today the politics starts with the swear words and ends with curses.”

Moving forward, PM Shehbaz said how could he burden the nation with more inflation. “We signed a loan deal with the IMF with much difficulty [to help save the economy and bring down the consumer prices],” he added.