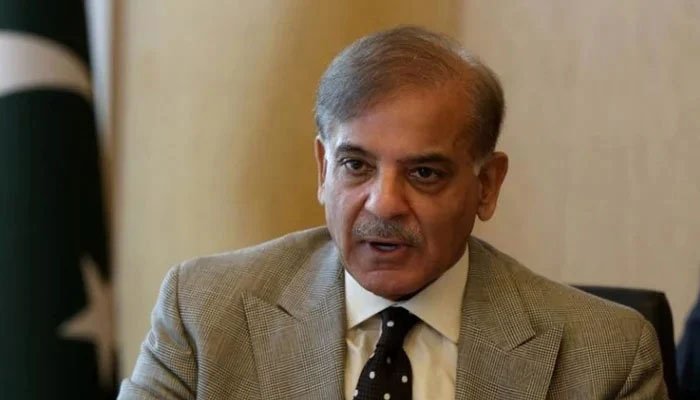 Citing official responsibilities as Prime Minister of Pakistan, Shehbaz Sharif had applied for permanent exemption from appearance in Ashiana reference.

The court also ordered Shehbaz Sharif’s pleader to appear in court in every hearing of the case.

The court also allowed a one-time exemption from appearance to accused Ahad Khan Cheema as he was out of the country with the prime minister. The court adjourned the hearing till Oct 7 and also extended the interim pre-arrest bail of Kamran Kiyani and Nadeem Zia.

The anti-graft watchdog has accused PM Shehbaz of misusing his powers while being the chief minister of Punjab in an inquiry pertaining to Punjab Land Development Company (PLDC).

The inquiry conducted so far reveals sufficient evidence to prove the involvement of former chief minister Punjab Shehbaz Sharif “in the commission of offences as defined under section 9(a) and Schedule of the National Accountability Bureau 1999.

The inquiry conducted states that Shehbaz Sharif as the chief minister of Punjab had unlawfully assumed powers of the Board of Directors of Punjab Land and Development Company (PLDC), misused his authority and acted in connivance with Fawad Hassan Fawad who at the time was Secretary Implementation to CM Punjab and others. Contracts awarded to M/s Ch. A Latif and sons for the development and infrastructure of Ashiana Iqbal Housing Project were illegally cancelled.

As the chief minister, Shehbaz Sharif in a meeting on October 21, 2014 unlawfully directed PLDC to entrust the project of Ashiana Iqbal Punjab to LDA. This decision of Sharif was illegal and mala fide as PLDC was the company which was established for undertaking such housing projects. Shehbaz is accused of illegally transferring this project to LDA, which was headed by his close aide Ahad Khan Cheema.

Shehbaz is also accused of working in connivance with other accused in the case and directed LDA to undertake Ashiana Iqbal Project under Public Private Partnership model. NAB states this was done in order to give “unlawful benefit to blue-eyed firm namely M/s Bismillah Engineering Service Company, which was a proxy firm to M/s Paragon City.”