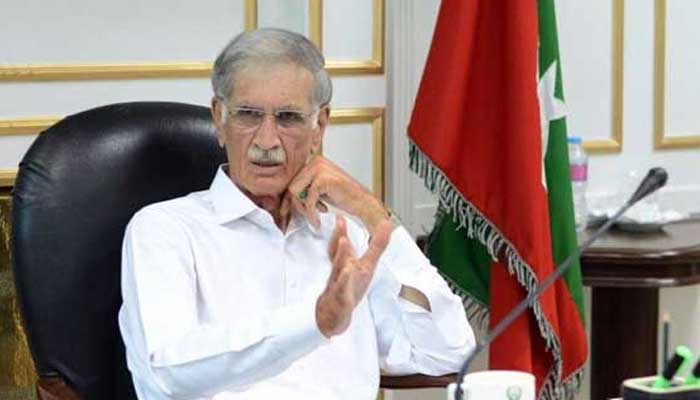 PESHAWAR: PTI’s senior leader Pervez Khattak Monday denied holding backdoor talks and meetings with the government after senior members of the ruling alliance claimed that the party and its leaders reached out for talks.

Speaking with journalists in Peshawar, and the former chief minister of Khyber Pakhtunkhwa said: “No meeting has been held with the government for negotiations and no backdoor talks are taking place.”

Khattak, when talking about the party’s long march, said that the party is peaceful. “If the Pakistan Democratic Movement (PDM) wants a clash, then it is their problem.”

Commenting on the government’s reluctance to allow the party’s long march in the federal capital, Khattak said: “We are democratic people. Let us come [there], we just stage a sit-in.”

“We have to move ahead in the long march anyway. No one can stop us, it is their misunderstanding [if they think so],” he said highlighting PTI’s resolve to continue the “Haqiqi Azadi” march.

He added that the party has been protesting ever since the day Khan was ousted.

In his address to the marches a day earlier, Khan had also said responded to PM Shehbaz’s claims and said that he did not talk to “boot polishers”.

“I spoke to those with whom Shehbaz hid in the trunk of the car to speak,” alleged Imran. He also questioned why he would send a message to a “helpless person”, who had nothing to offer him.