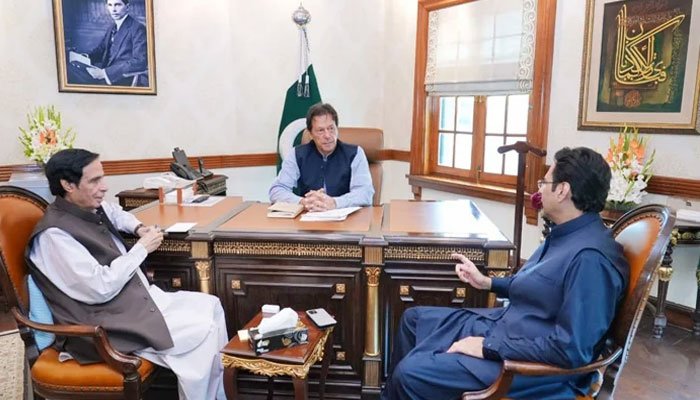 GUJRAT: Punjab Chief Minister Pervaiz Elahi on Sunday explained why he and his son Moonis Elahi have supported Imran Khan despite being from a different political party.

Talking to the journalists in Punjab’s Gujrat city, Elahi said that he was already aware of Prime Minister Shehbaz Sharif’s “aristocratic way of thinking”.

“What kind of a gift was presented to the nation by making Shehbaz the prime minister of the country?” Elahi ironically said.

Taking a jibe at the current leadership, he said that the real face of PML-N had been exposed to everyone, which was the reason we (referring to his son) did not want to be amongst them and preferred to become a supporter of Imran Khan.

He further said: “The Sharif family is confined to Islamabad and it will soon be sentenced to life imprisonment in the Model Town case.”

Regarding the premier’s foreign trip and how he had been appealing to the international community for aid to alleviate the situation in the flood-hit areas of the country, Elahi said: “It seems that he will also ask [foreign leaders] for a return ticket to Pakistan”.