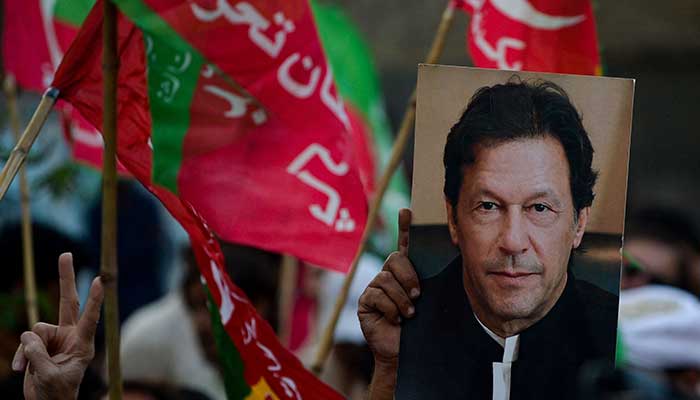 ISLAMABAD: To prevent the possibility of anti-state commentary from going on-air during the live coverage of PTI’s long march, the Pakistan Electronic Media Regulatory Authority (PEMRA) has issued guidelines for television channels.

PEMRA, in its notification, has directed channels to implement the delay mechanism while airing speeches of PTI’s leaders, as they address the ongoing long march.

The regulatory authority also warned that licenses of channels not adhering to the guidelines would be suspended and revoked, while legal action would also be taken against them under PEMRA Ordinance 2002’s Sections 27, 29, 30 and 33.

PEMRA instructed that channels must avoid airing content from the long march coverage which maligns state institutions. It has directed that the delay mechanism must be implemented while following orders of the high court and PEMRA rules.

According to the media watchdog, it observed that anti-state statements in speeches by PTI leaders were broadcast live by channels during the transmission of the long march’s first day.

The authority deemed this as a violation of court orders and PEMRA rules, reiterating adherence toward the directives for all television channels.

It should be noted that PEMRA had issued guidelines regarding live coverage of any form for news and current Affairs and regional languages channels on September 5, and sought compliance with Islamabad High Court’s orders in relation to the matter.

“Maximum time delay mechanism for broadcasting Live Content as enshrined under clause 5 of the Code of Conduct 2015 is deployed, immediately. Details of the equipment installed by the licensee must be shared with the Authority along with technical specifications mentioning maximum time for which signal of live programme/content is delayed,” the guideline stated.

The authority’s guidelines also read: “Editorial Board/In-House Monitoring Committee be constituted, immediately. Detailed information and SOPs chalked out for discharging their duties as enshrined under clause 17 of the Code of Conduct.”