Pakistan to advocate ‘loss and damage’ at COP27: Sherry Rehman 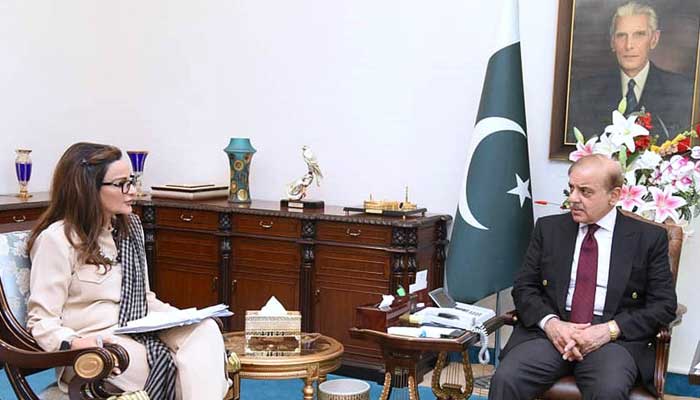 Rehman’s comments came during the first meeting of the Pakistan Climate Change Council (PCCC) at the PM House, with Prime Minister Shehbaz Sharif in the chair.

“We will be advocating for loss and damage at the upcoming UN Climate Change Conference (COP27). The Global South should not bear the brunt of the actions of the rich North,” Rehman said, adding that “loss and damage” will be Pakistan’s agenda at the UN conference.

PM Shehbaz and minister Rehman discussed Pakistan’s position on key issues in COP27. The agenda of the meeting included a briefing on the functions and mandate of PCCC, a briefing on COP27, and a presentation on the Living Indus Initiative.

During the PCCC meeting, the minister said that the bargain between the Global North and the South is not working and it needs to be fixed for the Global South to survive the oncoming train of climate change.

“Loss and damage must be put on the climate finance agenda formally. It has always been the stepchild of the larger discourse, but that needs to change now,” she said.

The minister mentioned that the gap lies in the undertaking of responsibility by rich countries to not only fulfil their pledges but also provide compensation for the carbon-intensive lifestyles and investments that continue to increase emissions.

Commenting on bringing the Climate Financing agenda to the forefront of the COP27 event, Rehman said that the climate-focused event must capitalise on the adaptation fund and introduce agility and speed in countries that need to build resilience.

“Simplified and long-term climate financing instruments are needed to plug severe capacity deficits in the developing countries right now as the protracted periods of pipelining funds lose potency when resilience needs change faster than the speed of resource dispersion,” she said.

The climate change minister added that Pakistan needs climate funds that are easy to access with predictable transfers.

“We must reduce the delays in funds mobilization, as needs end up changing on the ground by the time the funds arrive,” she remarked.

The minister also highlighted the lack of financial and technical resources that the country is facing amid flood response efforts.

“Pakistan has repurposed all its existing budgetary envelopes, including all climate adaptation and resilience funds, to continue to provide ex-gratia compensations to flood-affected households, as the toll of fatalities and loss and damage keep rising,” she stated.

Rehman added that in order to secure climate resilience funds for building capacity and national action plans and strategies — as part of climate finance — the country must go through a lengthy process of two to three years to activate these funds.

What is the Pakistan Climate Change Council?