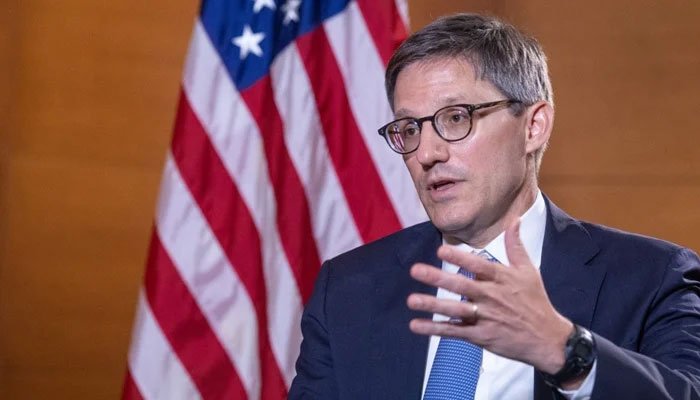 US Secretary of State Antony Blinken’s adviser Derek Chollet said Pakistan needs more aid than the amount requested by the United Nations for relief after the widespread devastation caused by flash floods.

Talking to Geo News, Chollet said it is hoped that the international community will come forward to help flood-hit Pakistan. The crisis may be long-term due to the destruction by widespread floods in Pakistan, he said.

The United Nations has already laid out $160 million to assist the flood victims in Pakistan, he said adding the US has provided $55 million in flood relief so far. “But clearly it’s going to be more that’s needed in Pakistan,” he said.

Derek Chollet said that the flood-related crisis was going to play out over many months as large parts of the country and communities could remain underwater for quite some time.

“Then all of the secondary effects of that, whether it be food insecurity, diseases, damage to infrastructure, there’s going to be a lot of needs in months ahead,” he said, adding that the US recognises that more needs to be done to help Pakistan.

Chollet visited Pakistan along with other US officials from the Defense Department, White House, USAID and UN high-ups this month.

He underlined that the State Department is going to be working with US government entities, the private sector and the community here in the US to see what more could be done for Pakistan. He also said that the World Bank would be doing an assessment of what Pakistan needs and “that will help provide a benchmark for the international community of what more could be provided.”

“You have seen US military aircraft land in Pakistan filled with supplies for the Pakistani people. This is something we really need to stay focused on to try to help Pakistan in its desperate need,” the State Department official said fearing that given the amount of standing water, the possibility of mosquito-borne disease was quite high.

“This is something I know the government of Pakistan is very focused on as we are as well here in the United States.”

He hoped the international community was going to step up and be there for Pakistan, but then there was a massive humanitarian crisis going on in Europe too.

“The US is going to do its part, our conversations in the coming week in New York around the General Assembly will remain focused on the flood situation and we’re going to remain very closely coordinated with our colleagues throughout Pakistan,” he maintained.

Responding to a question about the UN Secretary General’s appeal to reschedule Pakistan’s debts, the State Department official said that the recent IMF decision [revival of loan programme for Pakistan] was very important but when it comes to Pakistan’s economy, clearly this flood situation is going to exacerbate the significant challenge the Pakistani government faces.

“The economic devastation caused by the flood situation is something that we will have to take into account in assessing how to help Pakistan,” he said.