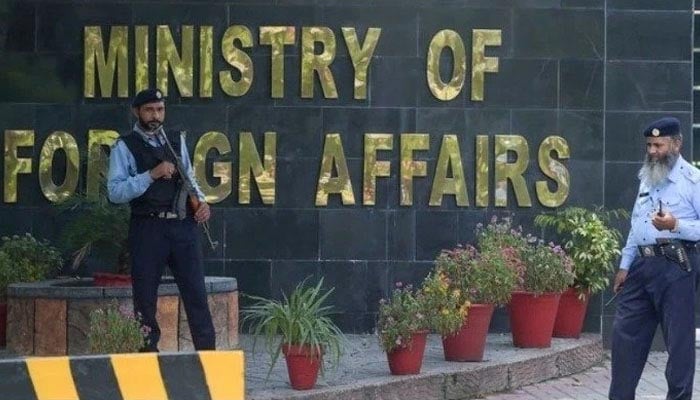 Pakistan on Wednesday condemned the “despicable” act of the desecration of the Holy Quran in the Netherlands, stressing that the move hurt the sentiments of the 1.5 billion-strong Muslim community across the globe.

In another abhorrent incident, Edwin Wagensveld — a Dutch leader of the far-right Pegida movement in the Netherlands — tore pages of the holy book near the Dutch parliament after stomping on them.

The incident took place on Sunday last week, however, the police did not intervene, according to media reports. Muslim countries including Pakistan, Turkey, Saudi Arabia and the United Arab Emirates condemned the incident.

“It is undoubtedly a provocative Islamophobic hate crime committed under the guise of freedom of expression,” said the statement issued by the Foreign Office.

Pakistan, the communique said, has always maintained that freedom of expression comes with responsibilities. “We also believe that it is the responsibility of national governments and the international community at large to prevent such vile acts, which are perpetrated with the ulterior motive to provoke and incite religious hatred and violence,” it added.

Urging the international community to raise its collective voice against Islamophobia, the foreign office said that the community should work together to promote inter-faith harmony and peaceful coexistence.

That was the spirit behind the resolution passed by the United Nations General Assembly in 2022 to mark 15 March as the International Day to Combat Islamophobia, the statement added.

It further said that Pakistan’s concerns are being conveyed to the authorities in the Netherlands. “We urge them to be mindful of the sentiments of the people of Pakistan and the Muslims around the world and take steps to prevent such hateful and Islamophobic acts.”

This is the second time the same incident happened in just a week. Last week on Saturday, Rasmus Paludan, the leader of the Stram Kurs (Hard Line) Party, desecrated a copy of the Quran outside the Turkish Embassy in Stockholm while being protected by the police and with approval from the government.

Multiple Muslim countries, including Pakistan, Turkiye, Jordan, Kuwait and Saudi Arabia have condemned the abhorrent act. Most have called it an “act of provocation” and warned that the incident can seriously hurt Muslim sentiment.

Prime Minister Shehbaz Sharif took to Twitter to condemn the hurtful act, saying the “garb of freedom of expression can’t be used to hurt religious emotions of Muslims”.