Pakistan Army soldier martyred in clash with terrorists in Afghanistan 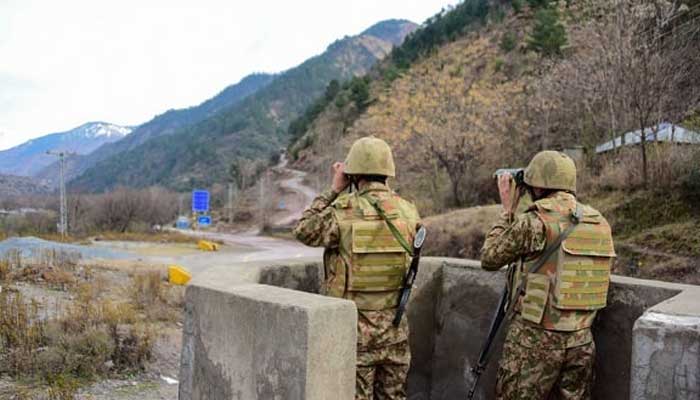 RAWALPINDI: A Pakistan Army soldier was martyred Sunday during an exchange of fire with terrorists from Afghanistan, the Inter-Services Public Relations said in a statement.

“Terrorists from inside Afghanistan across the international border opened fire on a military post in Hassan Khel Sector, North Waziristan District,” the ISPR stated.

The military’s media wing added that Pakistan’s troops responded in a befitting manner. However, the 32-year-old Assistant Lance Daffadar Waqar Ali embraced Shahadat during the clash. Waqar was a resident of Swabi’s Chota Lahore in Khyber Pakhtunkhwa.

In its statement, ISPR reiterated that Pakistan has consistently been requesting Afghanistan to ensure effective border management.

It emphasised that the country strongly condemns the use of Afghan soil by terrorists for activities against Pakistan.

“Pakistan Army is determined to eliminate the menace of terrorism and such sacrifices of our brave soldiers further strengthen our resolve,” the statement read.