No other option but to file charge sheet after Nov 10 in contempt case: ECP 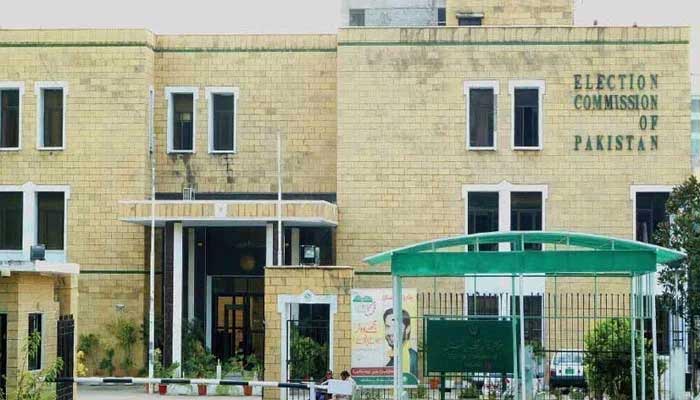 The Election Commission of Pakistan (ECP) on Wednesday said that they will have no other option but to file a charge sheet after November 10 against PTI chief Imran Khan, leaders Asad Umar and Fawad Chaudhry in the contempt case.

A four-member bench headed by member Nisar Durrani heard the contempt case against Khan and other PTI leaders. Advocate Anwar Mansoor appeared on behalf of the PTI.

During the hearing, Advocate Mansoor argued that the notices have been issued by the ECP’s secretary and not by the electoral watchdog.

The member of the commission said that the ECP issued the notices and not the secretary. “He has only informed,” he added.

The PTI’s lawyer urged the ECP to issue its charge sheet after October 31 as the Lahore High Court was hearing a similar case. He added that Umar has received threats last night and there is no security for him.

At this, the ECP’s member said that they would have no other choice but to issue the charge sheet after November 10.

The ECP had on August 19 issued notices to Khan, Chaudhry and Umar for “contemptuous” remarks against the electoral watchdog. In its notices, the ECP accused the ex-premier of levelling “baseless allegations” at the ECP and its chief in his addresses on July 18, 21, 27, August 4 and 10.

However, on September 2, the Rawalpindi bench of the Lahore High Court suspended the contempt notices to the PTI leaders by the ECP.

A day earlier, the ECP filed in the Supreme Court a petition urging the apex court to lift the stay order issued by the LHC.

In its petition, the ECP pleaded with the top court to lift the stay order issued by the high court. The electoral watchdog sought the court’s permission to carry forward the contempt proceedings against the PTI leaders.