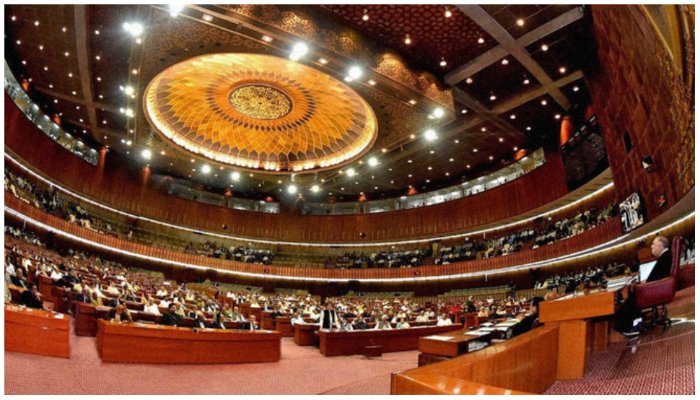 The National Assembly of Pakistan Thursday greenlighted the amendments to the Rules of Procedure and Conduct of Business in the NA, 2007, following which authorities concerned would not be allowed to arrest a lawmaker without the speaker’s permission.

According to the agenda shared on the NA’s Twitter account, Rule 103 and Rule 106 — which previously required the authorities concerned to notify the NA speaker before arresting an MNA and disallowed arrest from the Assembly premises without approval, respectively — were proposed to be substituted by the following:

During the session, Defence Minister Khawaja Asif also proposed that it should be made mandatory for the NA speaker or a committee’s chairman to issue a production order for a lawmaker who has been detained or arrested.

“We have faced imprisonments, we used to wait for the Parliament to summon us,” he said.

Later, the NA approved all the said amendments.