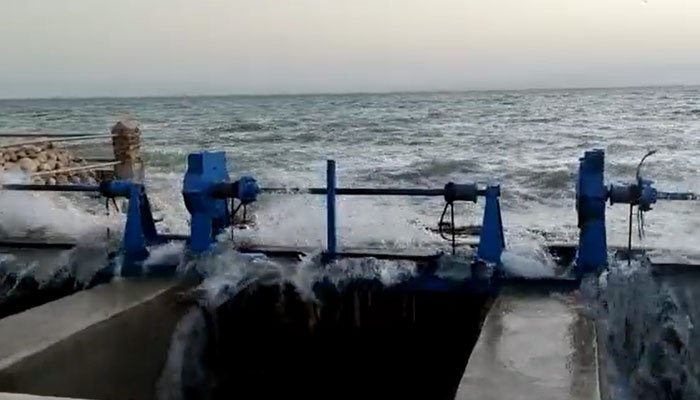 SEHWAN: Localities situated near Manchar Lake have been directed to evacuate to safer places as the water level at the lake has increased to a dangerous level, posing a threat to breaking the dyke.

According to Deputy Commissioner Jamshoro Capt (retd.) Farid-Uddin-Mustafa, the water level at the Manchhar lake is continuously on the rise. He said the lake’s embankment may cave in at any time. Accordingly, the union councils of Wahar, Bobak, Jaffarabad and Chana should be vacated, he said.

Manchar Lake is the largest natural freshwater lake in Pakistan and is one of the largest lakes in Asia. It is located 18 km away from Sehwan Sharif in Jamshoro District and Dadu District, west of the Indus River.

The Deputy Commissioner further directed the people to avoid visiting Manchar Lake unnecessarily as its dyke, RD54 to RD58, is withstanding huge pressure.

The official said the dyke will not be breached and a last-ditch effort will be made [to keep the embankment intact]. “The next 24 to 48 hours are crucial for the Manchhar Lake,” he cautioned.

According to a Geo News correspondent, the water has started overflowing from the lake’s banks at some points, triggering panic among the local population of Sehwan.

Citizens in Bobak and surrounding areas of the lake demand the city administration breach the embankment at Yousuf Bagh so that hundreds of villages can be saved from inundation.

The death toll from ravaging monsoon floods in Pakistan neared 1,300 as government agencies and private NGOs continue with their relief operations described as a “humanitarian disaster of epic proportions”.

The death toll since June 14 has reached 1,290 with 29 people dying in the last 24 hours, the National Disaster Management Authority (NDMA) said on Saturday.

Aid has flowed in from a number of countries, with the first humanitarian assistance flight from France landing on Saturday morning in Islamabad. But Pakistan’s largest charity group has said there were still millions who had not been reached by aid and relief efforts.

Initial estimates of the damage have been put at $10 billion, but surveys are still being conducted along with international organisations.