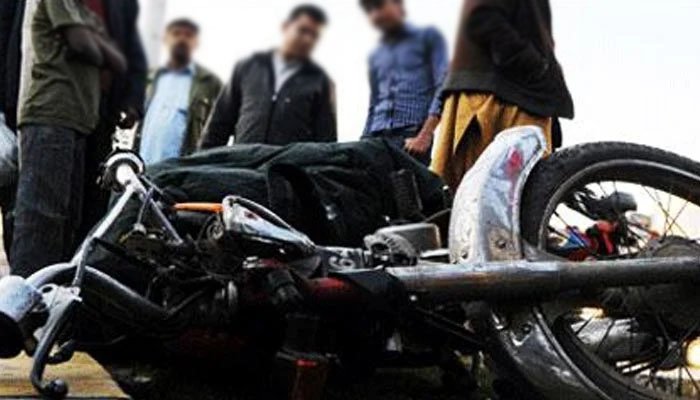 In an unfortunate incident, a man lost his life during an accident in Karachi while trying to escape a robbery.

According to the police, the man, in a bid to get away from the robbers, hit a footpath due to over speeding and lost his life. And as passersby gathered on the spot following the accident, one of the spectators looted the money from the deceased’s pocket.

The incident took place within the limits of the Gabol Town Police Station in North Karachi, where a shopkeeper —identified as Mohammad Hanif — was returning from a bank with his friend after withdrawing an amount of Rs1 million.

“On his way, Hanif suspected that some robbers were following him, so he drove his bike at a greater speed to escape them but ended up hitting a footpath near Nagan Chowrangi,” Senior Superintendent of Police (SSP) Central Maroof Usman told Geo News.

SSP Usman further said that Hanif died on the spot. And as passersby gathered on the spot following the accident, some of them stole around Rs300,000 from the deceased’s pocket.

“The remaining amount of money, which is Rs700,000 has been handed over to Hanif’s partner and a first information report (FIR) has been lodged,” the SSP said.

The police have started an investigation into the matter and a search for the man who stole the money is underway with the help of CCTV cameras, the police official added.