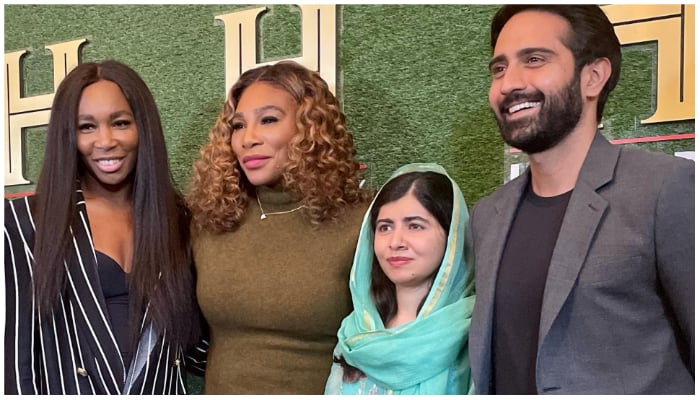 Pakistani Nobel laureate Malala Yousafzai’s husband Asser Malik on Friday took to his Instagram account and shared a throwback snapshot in which the couple could be seen posing with American tennis queens, Venus Williams and Serena Williams.

“In [GOAT] territory,” Asser wrote in the caption to show how the couple felt privileged to pose alongside the two all-time tennis greats. In Internet slang GOAT is abbreviated as “greatest of all time”.

The picture, according to tennis.com, was captured at the “HISTORY Talks,” a live event in Washington DC that brought together cultural and world leaders in a conversation.

“Lovely caption,” one of the users commented on the post.

“Omg!!” another one chimed in.

Asser is known for frequently sharing glimpses of the couples’ life on social media. The young couple tied the nuptial knot on November 9, 2021, in a private ceremony among friends and family in Birmingham.