LG polls to be held on October 23 in Karachi 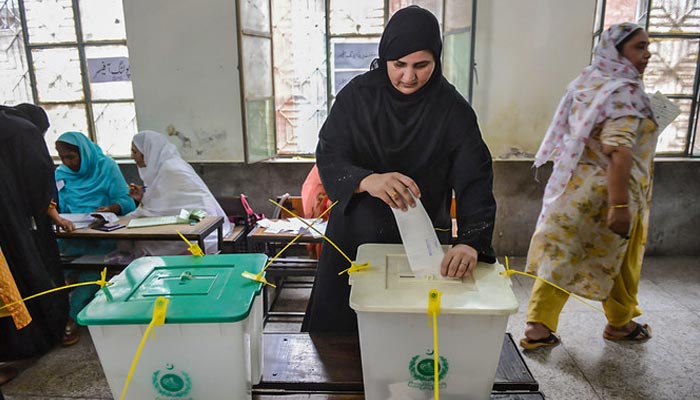 KARACHI: The Election Commission of Pakistan (ECP) Wednesday announced the revised schedule for local body elections in the port city.

The election body had postponed the local government elections due to the catastrophic floods triggered by monsoon rains. Earlier, the elections were scheduled to take place on August 28.

According to ECP’s spokesperson, the local body elections would be held on October 23 in all the districts of the Karachi division.

“A report is being sought from the Sindh election commissioner to finalise a date for the LG polls in Hyderabad,” said the commission.

The Sindh government had written to the provincial Election Commission of Pakistan, requesting the postponement of the polls in light of the monsoon rains forecast across the province in the coming week.

Sixteen deputy commissioners asked for the postponement for the next 45 days, however, Karachi’s central DC recommended that the polls be conducted.

Sindh Election Commissioner Ejaz Anwar Chauhan had said that rainwater was still accumulated in various districts in Karachi which has also affected the polling stations in those areas.

In the letter sent to the ECP, the government had said it suffered losses to the extent of Rs450 billion as the rains have wreaked havoc across the province. “The damage is still ongoing as the Pakistan Meteorological Department has warned of another heavy spell of rainfall starting from 23 August 2022.”

It further said that the administrative and law enforcement machinery has been engaged in the rescue and relief operations in the affected districts.

“The security of the elections in Hyderabad and Karachi regions warrants the deployment of security personnel from other districts and regions which are already struggling to keep up law and order situation and provide relief to the affected,” it added.

The letter said that re-directing resources for conducting the second phase of LG elections and ensuring accessibility to polling stations may further exacerbate the destruction caused by the calamity.