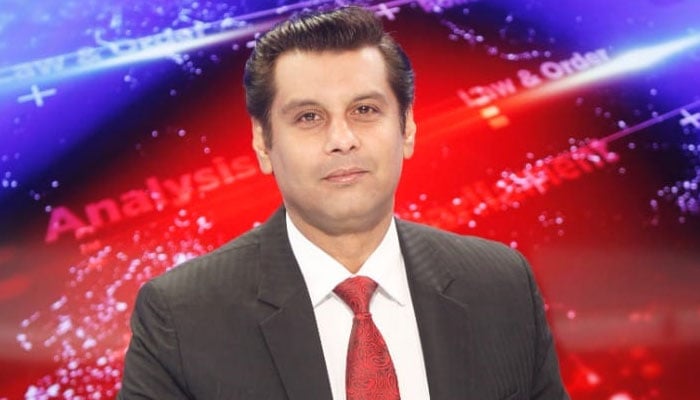 NAIROBI: Investigators looking into the killing of journalist Arshad Sharif have asked brothers Waqar Ahmed and Khurram Ahmed to provide CCTV footage of the Nairobi apartment and the shooting range where the anchor was before his killing.

A paper seen by Geo News shows that Pakistan’s investigation team — comprising Federal Investigation Agency (FIA) Director Athar Wahid and Intelligence Bureau (IB) Deputy Director General Omar Shahid Hamid — has called on both brothers to further help in the investigation after interviewing them about the killing.

Copies of the letter are also with Pakistani diplomats and several Kenyan departments.

The investigators from Pakistan and Kenya have met both brothers and asked the following information:

After arriving in the Kenyan Capital on Wednesday, Geo News investigation revealed that the slain journalist’s visit visa to Kenya was sponsored and did not get a visa on arrival.

The sponsor letter to Sharif was sent by Nairobi-based property developer Waqar Ahmed, brother of Khurram Ahmed who was driving Arshad Sharif on the fateful night of October 23, 2022.

“I met Arshad Sharif only once and that too at a dinner,” Waqar Ahmed had told the investigation team, adding that he had invited the senior journalist for a meal at his lodge outside Nairobi.

“On the day of the incident, Arshad had a meal with us at our lodge. After the meal, Arshad Sharif left with my brother Khurram in the car and half an hour later there was a report of firing on the vehicle,” he told the team.

The two brothers told the Pakistani officers that the journalist was planning to move to Nairobi and for that he extended his visa too. This was also confirmed by a Geo News source.

Sharif had arrived in the Kenyan capital on August 20 and died on October 23 in a shootout in which Khurram survived miraculously.

The shooting of Sharif by police in Kenya has caused outrage in Pakistan, leaving many wondering how such a thing could have happened.

Lawyer for Waqar and Khurram told Geo News in a statement that his clients were innocent.

“The Kenya police issued a statement and regretted the shooting as a case of mistaken identity. That’s all we know for now. The investigations are still ongoing and our clients are fully cooperating with the investigation,” said Daniel Kiragu.