Bat virus? Bio-weapon? What the science says about COVID-19 origins 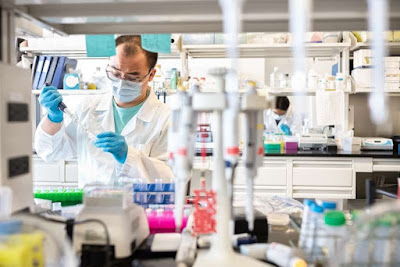 Bat virus? Bio-weapon? What the science says about COVID-19 origins.
As the COVID-19 pandemic has infected its way through human populations around the globe, it has been followed by a web of speculation about where the new coronavirus actually came from.
Some possibilities are scientific hypotheses based on genetic data while others borrow from dark conspiracy theories with little or no basis in fact.
Laboratory researchers have established solid genetic links between the new coronavirus, known as SARS-COV-2, and one found in a horseshoe bat in southeastern China. 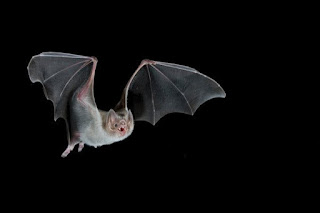 Further genetic detective work – and what is known about the evolution of past corona-viruses that have infected people – indicates the pathogen may have passed through another animal species first. There, scientists believe, it mutated or combined with another virus before finding its way into a human body, latching onto cells and spreading.

But science has not stopped other theories from percolating. One theory – debunked last month by a genetic analysis by a group of the world’s top epidemiologists – is that the virus was bio-engineered in a laboratory in Wuhan, the pandemic’s first epicenter.
The latest theory, laid out in a recent article by The Washington Post, has another spin on this: the virus source could have been a researcher infected by a bat, or the sloppy disposal of hazardous materials at a Wuhan Center for Disease Control facility near the wet market linked to many early cases in the outbreak.
Scientists are quick to acknowledge that when so little is known about the evolution of the new virus there are endless possibilities for its origins. But, they say, groundless speculation is no help, and point to the role played by probability in the emergence of new diseases. What we do know about the coronavirus family points to other, more likely, paths of transmission to humans.
“These accident theories – and the lab-made theories before them – reflect a lack of understanding of the genetic make-up of SARS-COV-2 and its relationship to the bat virus,” said Vincent Racaniello, a professor of microbiology and immunology at Columbia University in New York.
“If someone had that virus in the lab, and say it escaped, it would not have been able to infect humans – the human SARS-COV-2 has additional changes that allow it to infect humans,” he said, adding that the bat virus would have had to circulate, and evolve, for a number of years before mutating enough to be able to infect people.
The bat virus in question was discovered by a group of researchers that included scientists from the Wuhan Institute of Virology, a leading institute which collaborates regularly with its counterparts around the world. A recent analysis by the Wuhan researchers found a 96 per cent similarity between the bat virus and the overall genome of SARS-COV-2 .
But the new coronavirus has adaptations to its spike protein – the part of the virus that binds to human cells – never before seen in closely related bat corona-viruses.
That was the conclusion of another group of scientists who carried out a comprehensive genetic analysis of how SARS-COV-2  compared with known viral sequences and submitted their findings last month to the journal Nature Medicine.
Their paper addressed the possibility of “an inadvertent laboratory release” of the virus but gave several reasons why this was not the best explanation for how the deadly pathogen evolved its unique adaptations and entered the human population.
One reason they gave was that it would have meant researchers had access to a bat virus that was more similar to the novel coronavirus than the known relative from 2013. The scientific community was not aware of any such virus, the paper said.
Meanwhile, scientists stress that conditions in nature – and the many ways humans come into contact with wildlife – already provide a wide range of likely scenarios and pathways for how the virus first jumped to humans. 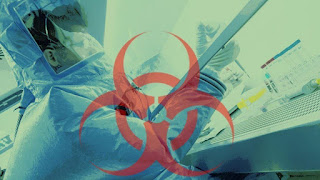 “In a world where SARS-like viruses are common in bats and other animals, and bats are allowed to roost wherever they like, why do we need to invent a laboratory and some sloppy human scientists to make the virus go from a bat to a human?” asked Benjamin Neuman, professor of biological sciences at Texas A&M University-Texarkana.

The wildlife trade – and the associated wet markets where live animals and their meat are sold – has been pointed to as a likely platform for the emergence of SARS-COV-2. This was the case in the SARS outbreak, caused by a coronavirus in 2003, where a bat virus is thought to have infected a civet cat, which in turn infected humans at a wet market.
“Live wild animal markets, such as the huge ‘wet’ markets in China, are ideal places for zoonotic virus emergence to occur,” Andrew Cunningham, deputy director of science at the Zoological Society of London said, pointing to the high number of animals from different species being kept closely together in “overcrowded and unhygienic conditions”.
While the wildlife trade creates interaction between humans and animals, it also provides an opportunity for viruses to move through populations of animals, mutating as it transmits through that population, or for a virus to recombine in species unnaturally brought into contact with one another.
A virus jumping from an animal and then being able to infect humans and spread is a rare event. The proximity of a number of animals who can pass viruses between each other and come in regular contact with people can increase the chances of a virus emerging which is able to spread to humans, experts say.
“Ultimately it’s a numbers game. The more infected hosts you have, the greater the chance that some sort of change in the virus could occur,” said Gavin Smith, a professor in the emerging infectious diseases programme at Duke-NUS Medical School Singapore.
He said that spillovers might happen multiple times before eventually meeting the right conditions for a virus to be able to spread among people.
“The idea that you could just get a one-off transmission and then replication in an individual who then starts spreading it is highly unlikely, but not impossible,” Smith said.
While the outbreak of COVID-19 was centred around a wet market in Wuhan, several early patients did not have known links to that market, according to research published in The Lancet by doctors from Wuhan and Beijing. This could indicate that the virus was circulating between humans earlier or that people were also infected in another location.
It is also possible that humans could have been infected directly from bats, as opposed to through an intermediary animal, experts say.
But there are other kinds of people living near or working with wildlife on a regular basis who could have been infected besides bat researchers, according to Racaniello.
“[A virus related to SARS-COV-2] might have infected someone outside the city; perhaps there were several short chains of infections before the virus reached Wuhan. One scenario that I like is that a farmer harvesting bat guano for fertiliser might have become infected,” he said.
But among the many question marks and unknowns, researchers say it is too early to come to any conclusions about how the new coronavirus emerged.
Wide retrospective testing of blood samples collected over years could provide more clues about whether similar or related viruses had been jumping over in humans unnoticed, according to Roy Hall, a professor of virology at the University of Queensland in Australia. More animal testing could also help find a closer match to SARS-COV-2.

“It’s unhelpful to speculate if you don’t have all the evidence,” Hall said. “Anything is possible, but you have to look at the probability.”
This article originally appeared on the South China Morning Post (SCMP), the leading news media reporting on China and Asia.