Different types of coronavirus are being spread around the world 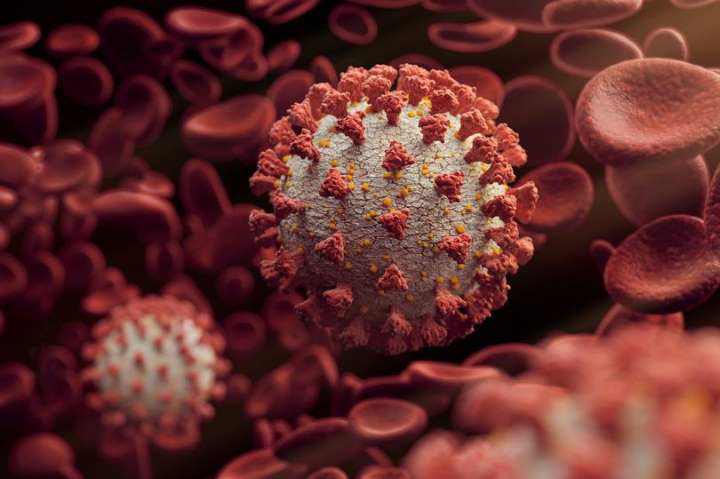 Researchers from Cambridge University have mapped out the spread of coronavirus Covid-19 from its first known origin in Wuhan, China, and found three different variants, Type A, B and C.
Different types of coronavirus are being spread around the world, experts have discovered.
Covid-19 is believed to have mutated into three distinct strains – Type A, B and C.
The original one – Type A – that was identified in Wuhan, China, is now thought to be sweeping the US, with New York now having more cases (160,000) than any country.
England and Europe is believed to be battling Type C
Researchers from Cambridge University reconstructed the early path of Covid-19 as infection spread from Wuhan, China, in December out to Europe and North America.
It shows that type A – the original virus most closely related to the virus found in both bats and pangolins – was not China’s most common. Instead Type A is now prevalent in Australia and the US.
China was mainly hit by Type B, which was in circulation as far back as Christmas Eve. It is believed this type mutates slowly through China, but rapidly outside China.
Type B is derived from A, separated by two mutations, then C is in turn a “daughter” of B, the study suggests.
Type C may have spread to Europe via Singapore.
Dr Peter Forster, geneticist and lead author from the University of Cambridge, said: “There are too many rapid mutations to neatly trace a Covid-19 family tree.
“We used a mathematical network algorithm to visualize all the plausible trees simultaneously.
“These techniques are mostly known for mapping the movements of prehistoric human populations through DNA.
“We think this is one of the first times they have been used to trace the infection routes of a coronavirus like Covid-19.”
Experts believe the virus, called SARS-COV-2, is mutating to overcome immune system resistance in different populations.
Researchers found that the closest type of coronavirus to the one discovered in bats – type A, the original human virus genome – was present in Wuhan, but was not the city’s predominant virus type.
Mutated versions of A were seen in Americans reported to have lived in Wuhan, and a large number of A-type viruses were found in patients from the US and Australia.
Wuhan’s major virus type was B and prevalent in patients from across east Asia, however it didn’t travel much beyond the region without further mutations.
The researchers say the C variant is the major European type, found in early patients from France, Italy, Sweden and England.
It is absent from the study’s Chinese mainland sample but seen in Singapore, Hong Kong and South Korea.
The analysis also suggests one of the earliest introductions of the virus into Italy came via the first documented German infection on January 27, and that another early Italian infection route was related to a “Singapore cluster”.
Scientists argue their methods could be applied to the very latest coronavirus genome sequencing to help predict future global hotspots of disease transmission and surge.