I don’t think we should shake hands ‘ever again’ 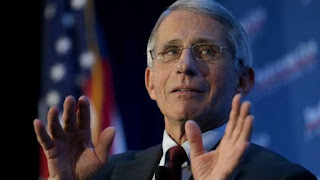 Fauci: I don’t think we should shake hands ‘ever again’
Anthony Fauci, the director of the National Institute of Allergy and Infectious Diseases (NIAID) and a key member of the White House coronavirus task force, on Wednesday suggested that Americans should never shake hands again.
“When you gradually come back, you don’t jump into it with both feet. You say, what are the things you could still do and still approach normal? One of them is absolute compulsive hand-washing. The other is you don’t ever shake anybody’s hands,” Fauci told The Wall Street Journal’s podcast.
“I don’t think we should ever shake hands ever again, to be honest with you. Not only would it be good to prevent coronavirus disease; it probably would decrease instances of influenza dramatically in this country,” the doctor added.
Fauci also said he hopes to see a “light at the end of the tunnel” by the end of April.
The NIAID head said Wednesday morning on Fox News that he thinks the number of U.S. deaths from the virus will be lower than initially predicted. Last week, Fauci and other members of the task force had signaled that anywhere between 100,000 and 240,000 Americans could die from the illness, even if social distancing was successful.