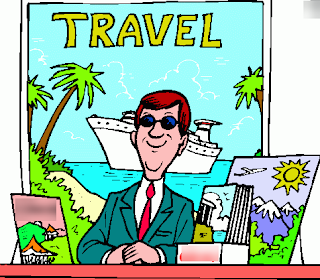 Officials say rogue travel agents have been touting a fake offer, and insist that flights between the UAE and Pakistan remain suspended.
The Pakistan Embassy in the UAE has issued a warning about a ticket scam involving scurrilous travel agents offering to book tickets on ‘special flights’ from the UAE to Pakistan.
“Flights between the UAE and Pakistan are suspended and there is no announcement of any special flights from UAE to Pakistan so far,” said a statement issued by the Embassy on Tuesday.
The statement added that the embassy would announce if any special flights would be offered, while stressing that there will be an official announcement whenever normal flight operations between the UAE and Pakistan resume.
“This is to inform Pakistani community members in the UAE that some agents are offering tickets for ‘special flights’ from the UAE to Pakistan. Beware of such people and instead contact the respective airlines to confirm the flights before purchasing any tickets,” the embassy statement went on to say.
The Pakistan Consulate General in Dubai reiterated the warning on its Twitter account in both English and Urdu. “Pakistan Consulate General in Dubai has not announced any special flight to Pakistan of any airline yet. The consulate will not be responsible for any such ticket purchases.”
Consulate General of Pakistan, Dubai (@Twitter)
Dear Citizens,
The Consulate General of Pakistan, Dubai has NOT announced any special flight to Pakistan of any airline yet. Any booking by travel agents/airline has no concurrence of this Consulate.
Regards,
Elsewhere, Pakistani diplomatic missions in Abu Dhabi and Dubai continue to register people who want to return to Pakistan. The registration can only be done online, including the missions’ websites and on their Facebook accounts. The diplomatic missions urged people not to visit the consulate or embassy for registration.
Thousands of Pakistanis are stranded in the UAE after flights were suspended in the midst coronavirus crisis.
It is understood that Pakistanis’ data is being collated to assist the government in formulating plans for repatriation.
The Ministry of Foreign Affairs in Pakistan is also believed to be working out how to return stranded Pakistanis from around the world, with some flights already being operated.
Pakistan has already extended the suspension of flights until April 14.