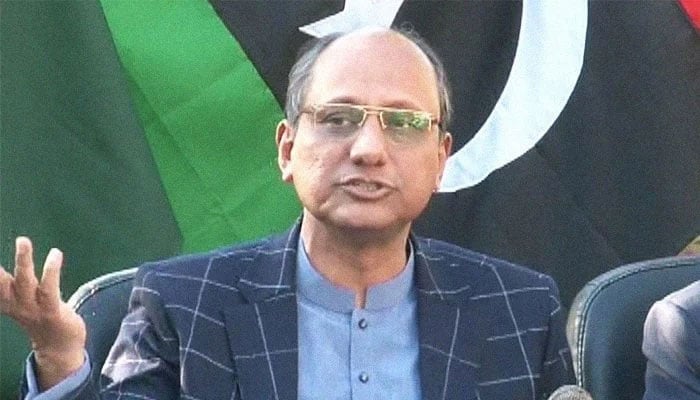 The PTI leader is trying to play with the tragic incident of Arshad Sharif’s killing, Saeed Ghani said, talking to the media on Wednesday.

The minister raised a question about the information that Imran Khan had regarding Arshad Sharif, saying the PTI chief did not share the bit of information with anyone and sent Arshad Sharif out.

Saeed Ghani said, “Faisal Vawda is considered to be one of the closest to Imran Khan, so we should not take his gestures lightly.”

The minister said that more things will come to the fore in the coming days.

PTI leader Faisal Vawda revealed in his press conference on Wednesday that journalist Arshad Sharif was assassinated and that the murder plot was prepared in Pakistan.

Faisal Vawda said he sees blood in Imran Khan’s long march. The game of blood should end in this country, said the PTI leader.