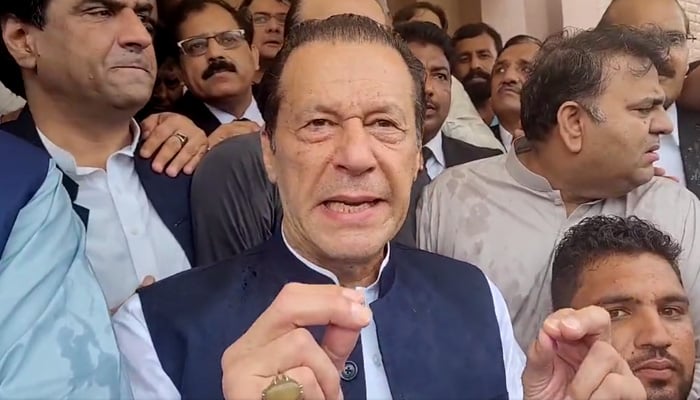 ISLAMABAD: An anti-terrorism court on Monday granted bail to PTI Chairman Imran Khan in a case filed against him after countrywide protests following his disqualification in the Toshakhana reference.

The Islamabad Police had registered terror cases against PTI leaders including Imran Khan after the party workers took to the streets and vandalised state property.

The cases — filed under 7ATA along with other sections of the PPC — were filed at different police stations in the federal capital in which hundreds of PTI workers and leaders were named for blocking roads and attacking police personnel on the behest of Imran Khan, Asad Umar, Ali Nawaz Awan and others.

After the hearing, the court granted interim bail to the former prime minister against a surety bond of Rs100,000 till October 31.