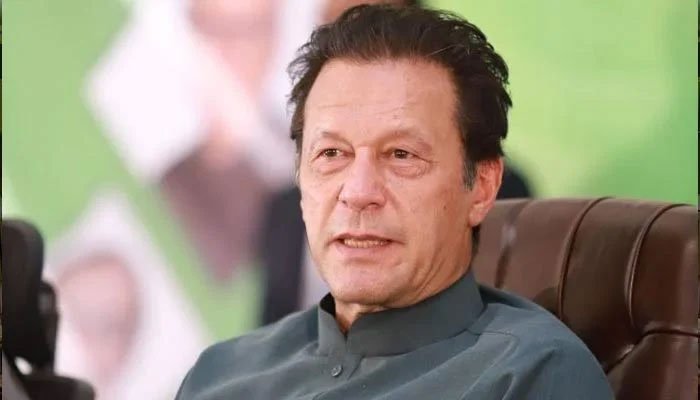 PTI Chairman Imran Khan will be formally charged with contempt of court tomorrow (Thursday) for his controversial remarks about Additional District and Sessions Judge Zeba Chaudhry during a rally in Islamabad on August 20, the Islamabad High Court (IHC) stated in a circular on Wednesday.

The circular stated that the proceedings of the case will start at 2:30pm, during which a larger bench of the IHC will frame the charges against Imran Khan.

“A 15-member legal team of Imran Khan, 15 law officers from the office of the attorney-general and advocate-general will be allowed to enter the courtroom,” read the circular.

No one except for the above mentioned will be allowed entry to the court room, unless they have the special passes issued by the IHC Registrar office, it added.

“[The] Islamabad administration and police will make security arrangements to maintain decorum in court,” it added.

Terming Imran Khan’s response “unsatisfactory” at the last hearing on September 8, the IHC had decided to indict the former prime minister after he did not submit an unconditional apology.

In his first response to the IHC’s show-cause notice in the case, the PTI chairman did not apologise, offering, however, to withdraw his remarks “if they were inappropriate”.

In his latest and second response, which was a 19-page-long document, the PTI chairman seemingly opted to tell the court that it should discharge the notice based on his explanation and follow the Islamic principles of forgiveness.

However, in both responses, the PTI chairman did not offer an unconditional apology, which ultimately led to the court taking the decision despite amici curiae suggesting that the former prime minister be forgiven.