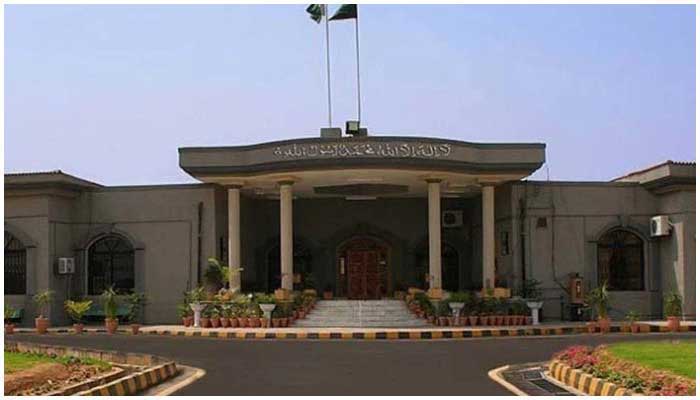 ISLAMABAD: The Islamabad High Court (IHC) on Thursday sought a schedule and signed affidavit from PTI leadership in connection with its long march on the federal capital.

IHC’s Justice Aamer Farooq issued the order that was reserved earlier today after hearing the PTI’s plea against the government for not issuing PTI a no-objection certificate for its sit-in in Islamabad.

In its written order, the court stated: “Let the learned counsel for the petitioner obtain instructions as to the date and time as well as execution of the undertaking/affidavit by a duly authorised person of the Pakistan Tehrik-e-Insaf.”

The court ordered the PTI’s counsel to inform the court about the affidavit relating to its forthcoming protest in Islamabad besides the date and time of the party’s protest in the federal capital after taking instructions from his client.

The judge also directed all the parties — PTI, Islamabad Advocate General Jahangir Khan Jadoon, DC Irfan Memon, SSP Malik Jameel Ahmed, ICT Law Officer Tahir Kazim, DSP (legal) Sajid Abbas Cheema and Ministry of Interior Muhammad Ayaz. — in the case to coordinate with each other to settle the issues raised before the next date of hearing. Meanwhile, the court adjourned the hearing till November 7.

During the course of proceedings earlier today, the IHC directed PTI to ensure maintaining peace regardless of whatever place they get permission to hold the sit-ins and jalsa.

As the PTI’s long march continues its journey toward the federal capital, the party on October 31 filed a petition, seeking permission to conduct its jalsa and sit-in in addition to providing security to marchers.

On Wednesday, the IHC issued notices to the federal capital’s administration for not issuing PTI a no-objection certificate for its sit-in, directing them to appear before it today.

During the hearing, the court expressed annoyance as the relevant official of the Islamabad administration had not appeared despite summoning.

“Is this a civil court? It is a high court,” Justice Aamer Farooq showed ire while summoning the officials of district administration in the court immediately.

Meanwhile, Jahangir read Imran Khan’s response submitted to the Supreme Court regarding the PTI’s long march of May 25, 2022.

“They [PTI] have always violated the terms and conditions that’s why we don’t trust them. The PTI leadership refused to admit the assurance by two senior lawyers,” Jadoon said, informing the court that PTI can hold the rally at T-chowk if they want.

Meanwhile, PTI lawyer Babar Awan maintained that Ali Awan has filed this plea so he is responsible for it.

“The matter is already in the SC, we shouldn’t argue on it,” he said.

Justice Farooq asked Awan’s opinion on what he thinks that the same as before wouldn’t happen at the place government allots to PTI for rallies.

He directed the PTI to assure that peace and security will be maintained regardless of the place allotted for the rally and make sure that the roads are not blocked to cause inconvenience to the people.

“Holding protest is your right but the citizen’s rights should also be taken care of,” Justice Farooq remarked.

The court later reserved the verdict after hearing the arguments from the parties in the case.

The Islamabad administration submitted its response to the high court through the Islamabad advocate-general, in which it has opposed allowing PTI to hold a rally at the Srinagar Highway.

The administration further stated that thousands of commuters use Srinagar Highway and allowing a rally there will cut the link to Azad Kashmir and eastern areas of the country.

It informed the court that PTI hasn’t responded on when they will end the sit-in.

Moreover, it stated that the PTI clearly wants to disturb the movement of citizens.

“They [PTI] assured the apex court of a peaceful protest and entered the Red Zone earlier. They set trees on fire and injured police personnel,” the administration stated, adding that they fear that PTI will enter the restricted area again.