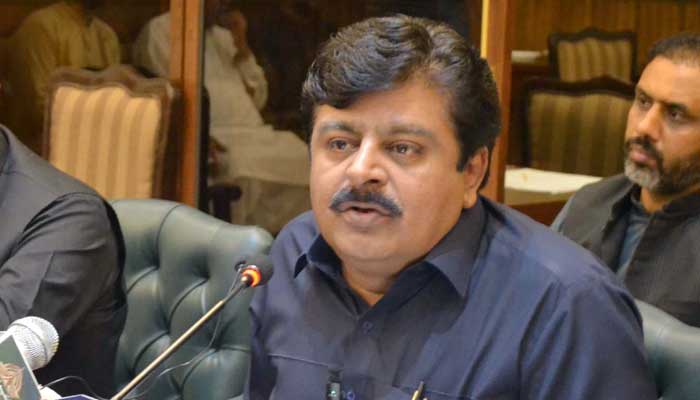 KARACHI: Sindh’s Education Minister Sardar Shah Friday shared that the provincial government would be opening schools in flood-hit areas of the province.

Addressing a press conference in the Sindh Assembly, the minister said that continuing education in flood-prone areas is a challenge and that all the officers have been given 15 days to reopen schools.

“Government has strategised the reopening of schools shut across the province’s districts due to monsoon-induced flooding,” Shah said in his address, adding that it will take three years to restore schools in some of Sindh’s districts.

He added that 15,000 tent classrooms are being built in areas impacted by the catastrophe and informed that a decision to pass students from the areas affected by floods will be taken by the steering committee.

The minister also announced to the recruitment of over 700 music teachers across the province. The recruitment will not just be done for teaching music, but will also include teachers for naat khwani, qawwali, and sana khwani.

Minister Shah further informed that the government has completed the recruitment of 49,000 teachers.

“Sindh is the only province where a huge number of recruitment is conducted on merit.

Education in Sindh hit by floods

According to earlier statistics from Sindh’s education department, as many as 40% of the province’s schools have been destroyed, translating into more than 17,600 educational institutions.

The education department’s figures showed that 5,619 schools were completely destroyed, while as many as 12,000 schools were partially damaged due to the ravaging floods.

Apart from the destruction, 2,500 schools were turned into relief camps across the province, where more than 65,000 families were relocated to provide them shelter.

“As the catastrophic climate disaster continues to upend the lives of millions of children in Pakistan, it is the most vulnerable boys and girls who are paying the steepest price,” he said in a statement after visiting flood-affected areas across the country.

“The children I have met here have lost everything: loved ones, cherished schoolbooks, the only homes they ever knew, their schools, their sense of security,” the UNICEF official said.

Record monsoon rains and glacier melt in northern mountains have triggered floods that have swept away houses, roads, railway tracks, bridges, livestock and crops, and killed more than 1,700 people, with the government putting the cost of flood-related damage at $30 billion.