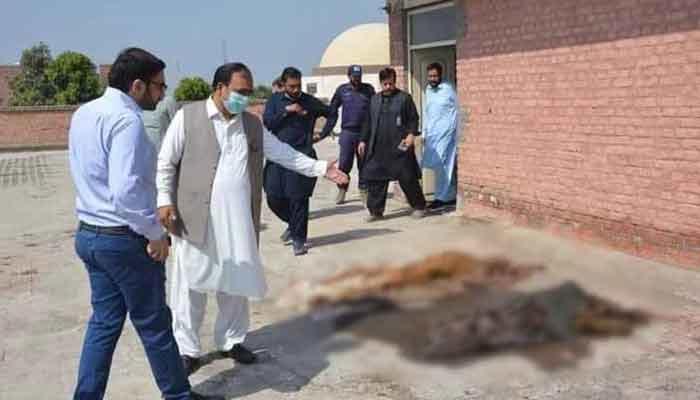 Multiple unidentified and decomposing bodies were found on the roof of Nishtar Hospital’s mortuary in Multan on Friday after which the government decided to probe the incident.

The Punjab government formed a six-member committee to investigate the incident after the bodies were discovered and videos and pictures were shared on the internet.

Moreover, Nishtar Medical University’s vice-chancellor has also formed a three-member committee for an inquiry into the incident.

A letter dated October 13, 2022, was also sent to the medical superintendent of the hospital, asking for a detailed inquiry report within three days.

Punjab Chief Minister Chaudhry Pervez Elahi has taken notice of the abandoned bodies and sought a report from the Punjab specialised healthcare and medical education secretary.

The Punjab CM said an inhumane act has been committed by throwing these bodies on the roof and that strict disciplinary action should be taken against the responsible staff.

Former federal minister Moonis Elahi shared an update on the incident on Twitter, attaching the initial response of the head of the department of Nishtar Medical University’s anatomy department.

The HOD reasoned that these are the unidentified bodies handed over by the police to them for post-mortem and “if required” to be used for teaching purposes for MBBS students.

The HOD was clear that there is “no issue of disrespect” regarding the bodies and that after retrieval of bones, the bodies are “always” buried properly, suggesting it is a routine practice at the hospital.

According to sources, dozens of bodies are rotting in the room built on the roof of Nishtar Hospital. On the other hand, according to the news circulating on social media, hundreds of human body parts have been recovered from the roof.

No confirmation or denial has been given yet, however, by any government official over the number of bodies.