Govt to call in army for dealing with PTI’s long march: Rana Sanaullah 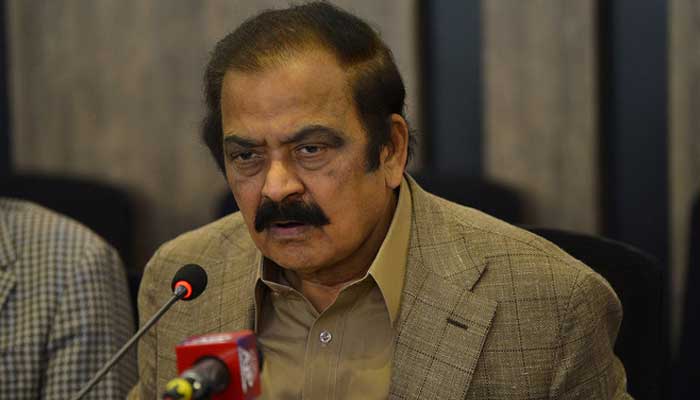 ISLAMABAD: To deal with any unforeseen situations amid PTI’s upcoming long march in Islamabad, Interior Minister Rana Sanaullah Wednesday said that the federal government will call in the armed forces — including the Pakistan Army and rangers — to deal with the participants of the rally.

PTI Chief Imran Khan, a day ago, announced to start his party’s long march on October 28 (Friday), deeming it “far above” politics. The party will enter the federal capital by November 4, as shared by PTI leader Asad Umar.

“No one can be deprived of the right to protest,” CJP Bandial said.

Meanwhile, speaking during a private channel talk show, Sanaullah said that the government will take PTI’s long march and its participants head-on by taking all possible security measures for the maintenance of law and order.

“Yes, surely we will call the army under Article 245 [of the Constitution]. We will also call the rangers. Police and FC will form the first line [of defence] and they will be armed with tear gas [shells] and rubber bullets to control the mob. And if any weakness appears anywhere, the rangers and the army will be there to support,” Sanaullah shared.

The interior minister resolved to defeat the party at all costs. “Because the success of this gang, God forbid, means the defeat of Pakistan,” he remarked.

Sanaullah also hinted at arresting the PTI chief and added that help from PML-N workers may also be sought if chaos ensues amid the protests.