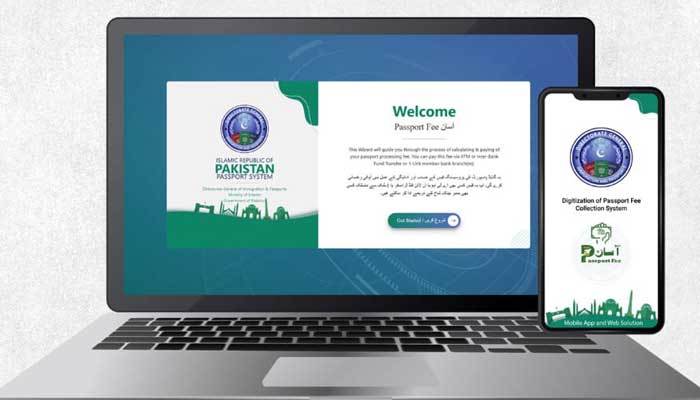 ISLAMABAD: Directorate General Immigration and Passports (DGIP) Wednesday launched an online passport-fee app enabling millions of citizens to pay their fees without having to stand in bank queues.

The service, launched under the ‘Passport Fee Asaan’ initiative, was one of the several other facilities to be launched by the government in the upcoming months.

Interior Minister Rana Sanaullah, who inaugurated the application, took to Twitter to share about the government’s initiative.

The head of prime minister’s (PM) Strategic Reforms, Salman Sufi also tweeted about the application which has been activated for public use. Through the application citizens can pay their passport fees through DGIP’s web portal, PayMaster.

The online payment facility was previously available for Islamabad, Rawalpindi, and Lahore, and was scheduled to be launched in Karachi this month.

However, the ministry has activated it across Pakistan prior to its proposed launch in the financial capital.

Regarding the online procedure, citizens will receive notifications via e-mail and a text message after successful payment of the fee, which they must show as proof at the passport office.