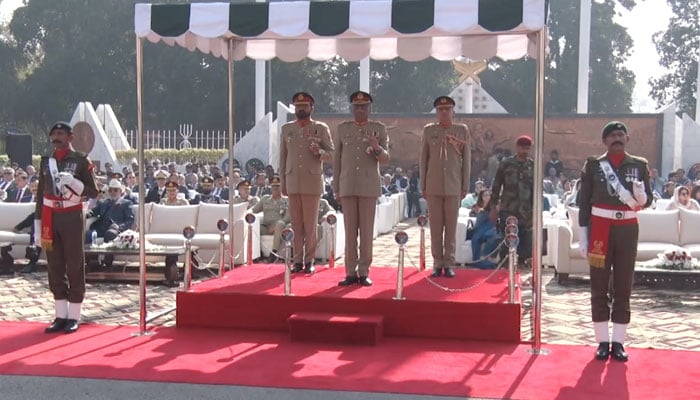 As per the Inter-Services Public Relations (ISPR), a smartly turned-out joint services guard presented salute to Gen Mirza after he arrived at the venue. He also reviewed the guard of honour and march-past.

Apart from a large number of serving and retired officers from the tri-services, chairmen joint chiefs of staff committee also attended the ceremony.

Gen Mirza took charge after the former chairman of the joint chiefs of staff committee, Gen (retd) Nadeem Raza, hung up his boots a day earlier.

Gen Mirza was notified CJCSC earlier this week after President Arif Alvi signed the summary and approved the appointment.

It added that the promotion and appointment have been made under article 243(4) (a) and (b) and Article 48(1) of the Constitution of Pakistan. Both articles are to be read with Sections 8-A and 8-D of the Pakistan Army Act 1952.

Besides Gen Mirza, Gen Asim Munir has been appointed as Pakistan’s next Chief of Army Staff (COAS), with the outgoing COAS Gen Qamar Javed Bajwa set to retire on November 29.