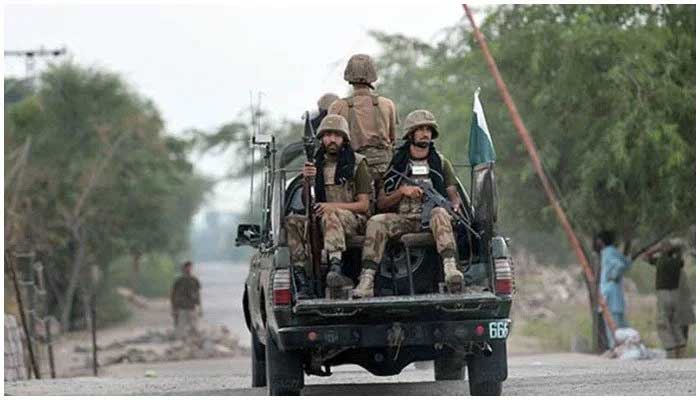 RAWALPINDI: Four soldiers embraced martyrdom when a suicide bomber blew himself up near a military convoy in the Mir Ali area of North Waziristan district, the Inter-Services Public Relations (ISPR) said on Tuesday.

“The Pakistan Army is determined to eliminate the scourge of terrorism from the country,” the ISPR said, adding that the sacrifices of the brave soldiers will not go in vain.

The security agencies are investigating to find out about the suicide bomber and his facilitators, said the ISPR.

In a statement, he expressed grief over the martyrdom of four soldiers in the attack.

Reiterating the nation’s firm resolve to root out the menace of terrorism, Shehbaz Sharif said the terrorists will not be allowed to succeed in their sordid designs.

He paid glowing tributes to the soldiers who rendered their lives whilst confronting the terrorists.

The prime minister prayed to Allah Almighty to grant the martyrs higher ranks in Jannah and give patience to the bereaved families.