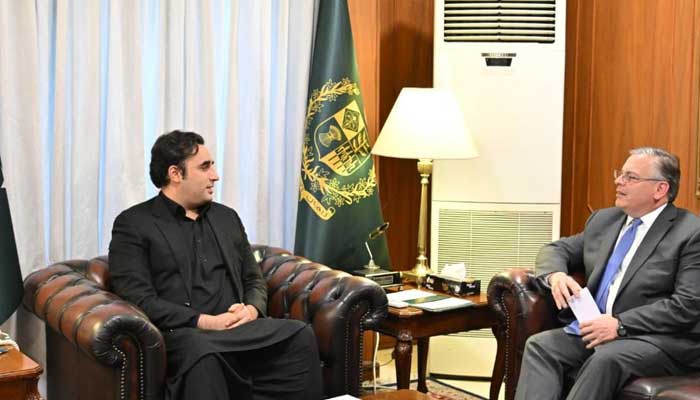 ISLAMABAD: In a meeting held at the Foreign Office, Foreign Minister Bilawal Bhutto-Zardari and the United States Ambassador to Pakistan Donald Blome agreed on bolstering trade relations between Pakistan and the US.

FM Bilawal and Ambassador Blome discussed the issues regarding the rehabilitation of the population affected by the catastrophic floods across Pakistan.

Triggered by torrential and climate-induced rainfall, the flooding in Pakistan engulfed large swathes of the country that killed over 1,700 people. The floods also massively devastated the country’s infrastructure with damages estimated at nearly $30 billion.

The foreign minister, in the meeting, thanked the US Ambassador for ensuring the provision of aid and assistance to the affectees.

The two dignitaries also spoke about advancing mutual relations during their discussion in the foreign office.