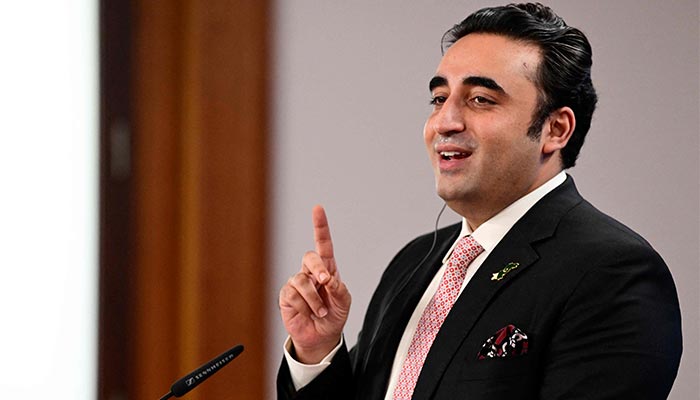 Foreign Minister Bilawal Bhutto-Zardari on Sunday thanked the United Nations General Assembly (UNGA) for passing the resolution in support of Pakistan to combat the climate catastrophe in the developing country following the recent floods.

Taking to Twitter, Bilawal expressed his gratitude to the UNGA President Csaba Kőrösi and Secretary-General António Guterres for boosting humanitarian assistance for the rehabilitation of flood victims.

“The resolution on Pakistan’s climate catastrophe, sponsored by 141 countries passed unanimously at UNGA. China, the United States and Russia are among the co-sponsors, at a time of great geo-political divides we are particularly grateful for this unity,” he wrote.

“Pakistan welcomes the adoption of a resolution by the UN General Assembly to support its reconstruction efforts,” the premier wrote.

“The world should respond vigorously to the UN’s revised aid appeal and provide access to climate finance and debt relief to Pakistan. These actions are critical at this stage,” he added.

United Nations General Assembly passed a resolution Friday calling for developing nations to receive more funding to combat climate change. The resolution also showed support for Pakistan, whose third of the country is underwater as a result of unprecedented monsoon rains.

The resolution, passed by the 193-member body with consensus, said that better access to international climate financing is important in helping developing countries mitigate and adapt to climate change, particularly those that are most vulnerable.

Rich countries’ unkept promise to provide $100 billion a year in climate change financing starting in 2020 is a recurring sticking point in international talks on global warming.

So is a call from developing countries for a fund specifically designed to compensate for loss and damage they have already suffered due to global warming.

In a speech to the General Assembly, Secretary General Antonio Guterres said UN climate talks known as COP27 opening in Egypt in November “must be the place for serious action on loss and damage.”

“COP27 must be the place for clarity on vital funding for adaptation and resilience,” Guterres said.

Developing countries are the least responsible for climate change but the ones who suffer the most because of it. They are demanding what is known as climate justice.

Such is the case with Pakistan, where flooding has claimed some 1,700 lives, destroyed or damaged two million homes and left a third of the country submerged in fetid, stagnant water.

Addressing this calamity, the assembly called on the international community to boost humanitarian assistance for the rehabilitation of Pakistan’s flood affectees.