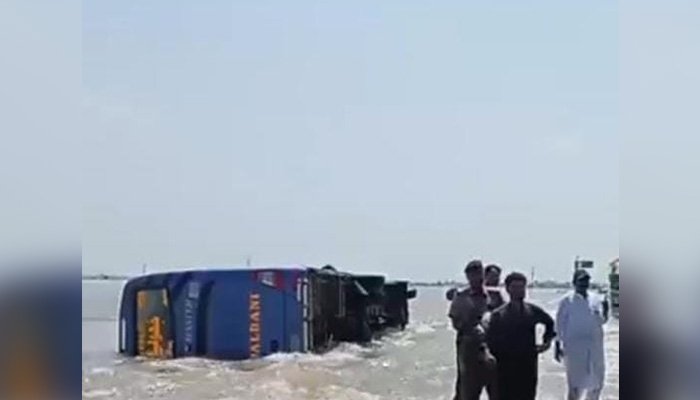 The officials said that three out of the 40 people were swept away in the floods, while the remaining were fortunately saved by onsite rescue teams.

The passenger bus was heading towards Larkana, they added.

The Mehar Indus Highway is currently inundated after floods hit the area, while both of the highway’s tracks have been closed for traffic.

More than 40 villages in Mehar’s Mangwani Union Council have submerged.

Pakistan is coping with catastrophic floods that have killed more than 1,100 people, destroyed infrastructure and crops, and affected 33 million people.

Early estimates put the damage from the floods at more than $10 billion, the government has said, adding that the world had an obligation to help the South Asian country cope with the effects of man-made climate change.

Torrential rain has triggered flash floods that have crashed down from northern mountains, destroying buildings and bridges, and washing away roads and crops.

Huge volumes of water are pouring into the Indus river, which flows down the middle of the country from its northern peaks to southern plains, bringing flooding along its length.