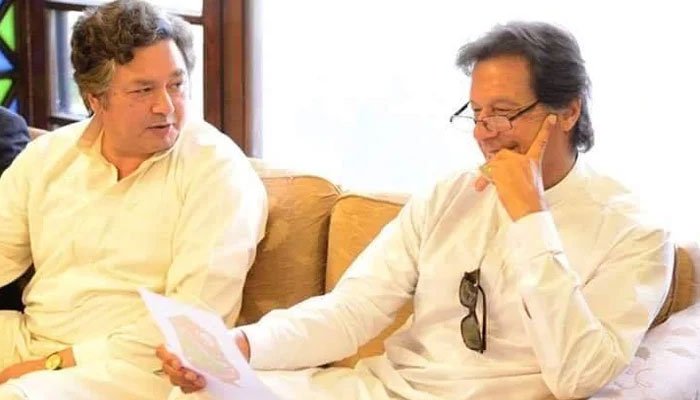 ISLAMABAD: The Federal Investigation Agency (FIA) has summoned former principal secretary to prime minister Azam Khan in relation to an investigation into the audio leaks of the alleged conspiracy cypher.

Azam has been asked to appear at the FIA’s office on October 25 at 1pm.

The corruption watchdog is investigating the audio leaks allegedly featuring Imran Khan and other PTI leaders in a discussion about a US cypher on the orders of the federal cabinet.

The PTI chairman, Asad Umar, and then-principle secretary Azam were allegedly heard discussing the US cypher and how to use it in their interest, in the two audio leaks that surfaced recently.

In the first audio leak that emerged last month, Imran was heard directing Azam to “just play” with the cypher, and responding to this, the latter advised the ex-premier that they can fake the minutes of a meeting with Qureshi and foreign secretary Sohail Mehmood to bring the cypher on record.

On September 30, the federal cabinet took notice of the matter and constituted a committee to probe the contents of the audio leaks. The committee recommended legal action over the audio leaks purportedly featuring Imran Khan, Azam Khan and others on October 1. Meanwhile, a summary comprising the recommendations of the body was presented before the cabinet.

“This is a matter of national security, which has serious implications for national interests and a legal action in this regard is vital,” the cabinet committee had recommended.

The federal cabinet had approved the summary through circulation.