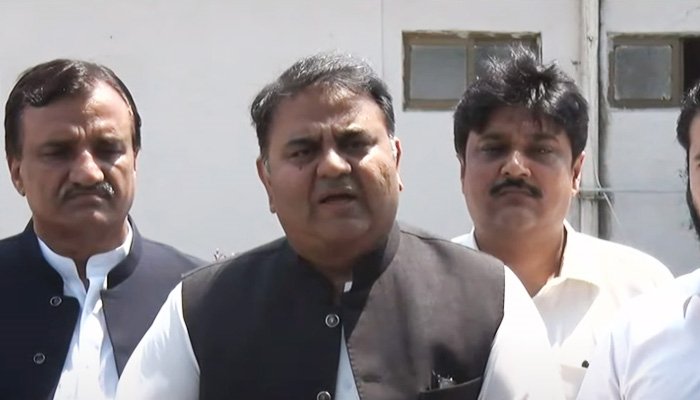 ISLAMABAD: PTI Senior Vice President Fawad Chaudhry on Saturday proposed names from coalition parties as well as his own party for a panel to probe the entire Shahbaz Gill episode that has stirred up a storm in the country since his arrest last week.

The PTI leader said that in his opinion, these three politicians should head the panel that will investigate the alleged torture of Gill and bring all those involved to justice.

“…they will also not be blamed for being pro PTI,” Fawad reasoned.

The federal and Punjab governments are at loggerheads since Gill, the chief of staff of PTI Chairman Imran Khan, was arrested on August 9. The PTI leader is currently under treatment at the PIMS hospital in Islamabad after he was transferred there following the reported deterioration of his health during his time in Adiala Jail.

Gill will remain at the medical facility till Monday in line with the court’s orders. Yesterday, former prime minister Imran Khan went to visit Gill, but the police prohibited access to him. Subsequently, Khan announced nationwide rallies in support of his chief of staff.

The PTI has been repeatedly alleging that Gill was tortured in custody, with Khan going so far as to claim that not only was Gill humiliated, he was sexually abused.

In a press conference prior to his tweet, Fawad said that “no one will have confidence” in the police inquiry into the matter. He said that the PTI did not have any issues with cases, but it would “not allow torture” to take place.

Meanwhile, a judicial magistrate has ordered Islamabad police to furnish a report on the alleged torture.