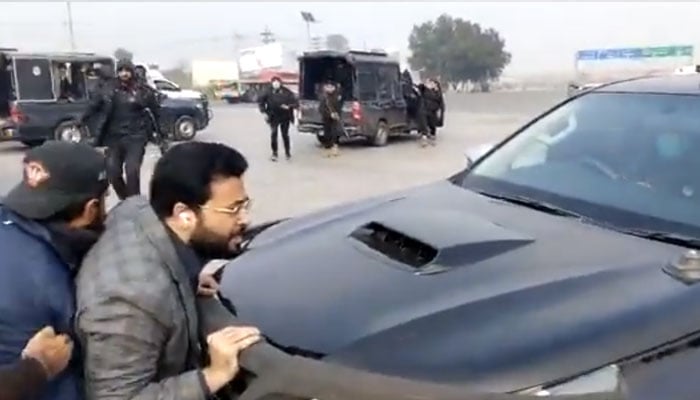 In the attempt, Habib also engaged in a scuffle with the police.

As per details, the Islamabad Police had shifted Fawad to Services Hospital in Lahore for a medical check-up, after which they left for Islamabad despite the court’s order to present him before it by 2:00pm.

Farrukh was already present at the toll plaza when the motorcade reached there. In the videos shared on social media, the PTI leader and workers can be seen blocking the road and standing in front of a police vehicle in order to stop it from moving ahead.