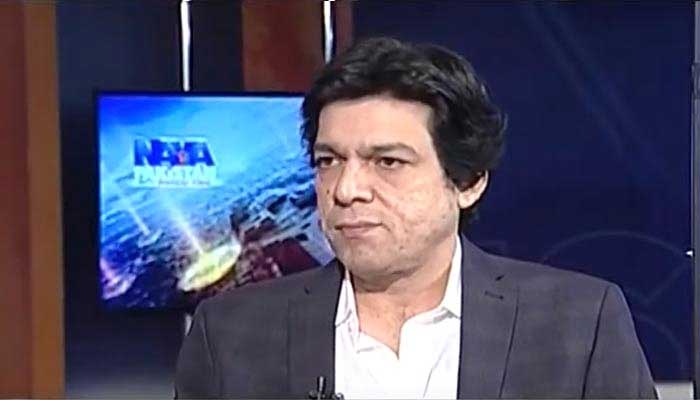 ISLAMABAD: After the PTI terminated the membership of its long-time member Faisal Vawda for defying party policy over his long march remarks, the former minister Saturday questioned the reason behind the action asking which discipline of the party was violated.

Vawda has expressed shock and said he wasn’t aware of what exactly has he done to garner such a strong response from the party.

On October 26, former PTI member held a press conference in Islamabad following the murder of journalist Arshad Sharif in Kenya who, according to Vawda, was killed in a “premeditated murder”.

During the presser, Vawda also claimed that PTI’s long march — which began from Lahore on October 28 (Friday) — would “witness bloodshed, death, and funerals.”

Following his remark, the party first suspended his membership, which was eventually terminated today after he failing to respond to the show-cause notice issued to him on the day of his fiery presser.

PTI confirmed the termination of Vawda’s basic membership from the party on Twitter.

PTI also said that Vawda would not be allowed to hold any party office or represent the party in the media as he had “grossly violated discipline by giving statements against party policies and guidelines”.

Clarifying his October 26 statement, the PTI former leader — during Geo News’ programme “Naya Pakistan” — said that he did not say that they would the party would resort to violence during the long march in Islamabad.

Responding to a question, Vawda said: “I have not said anything yet.”

“I will give ab answer to Imran Khan if he asks [about his press conference],” he added.

Referring to internal enemies in the party, Vawda said: “Three snakes are associated with two VIPs.” The “two VIPs” are not political personalities, he further clarified.

The three “snakes and two VIPs” harmed the party and the institutions, he added.

Vawda said that he has been speaking against the snakes on the party’s platforms and had informed the PTI chair about them.

“When I told Imran Khan about the snakes, he replied that he knows them,” Vawda added. To another question, Vawda said that he will not join Pakistan Democratic Movement (PDM).

“I consider Imran Khan my leader still today. I did not betray Imran Khan,” he said, adding that it was in Khan’s knowledge when he met with people from the establishment.

“The ‘snakes’ misguided Khan about me,” the former PTI leader said and claimed that the decision about his expulsion from the party was not made by the PTI chairman.