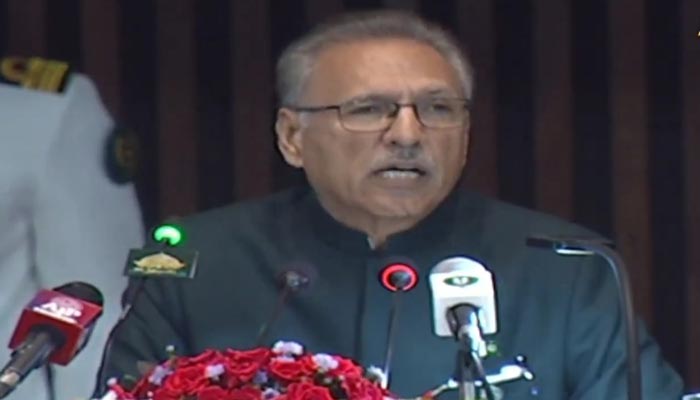 ISLAMABAD: President Arif Alvi Thursday said that even small countries are way ahead of Pakistan in terms of cyber power.

The president was addressing a joint session of the Parliament to mark the beginning of the last parliamentary year of the current National Assembly.

Under clause number 3 of Article 56, the president must address the Parliament after each general election and the first session of the parliamentary year to inform the lawmakers of the “causes of its summons”.

This will be the shortest parliamentary year since it would consist of 310 days, given that the NA is not dissolved earlier.

President Alvi was to address the joint session on August 14, but due to the apprehensions of the coalition government, the address was postponed.